Paul Pogba and Cristiano Ronaldo will both have the cameras turned on their personal lives in upcoming shows.  FRANCK FIFE/AFP via Getty I...

Fans will soon be getting a look into the lives of two of the world's biggest footballing stars as both Juventus forward Cristiano Ronaldo and Manchester United midfielder Paul Pogba will be involved in behind-the-scenes documentary shows announced this week.

On Wednesday, Amazon Prime revealed that it would be producing a series following 2018 World Cup winner Pogba in his life away from the pitch. In a piece of wordplay which works about as well as the "#Pogback" campaign which announced his return to Old Trafford in 2016, this new project is entitled "The Pogmentary."

"You knew the football player, you'll discover the man," reads the intriguing tag line used to announce the forthcoming show on social media.

"Paul Pogba is one of the most prominent talents of his time, so we are thrilled to be collaborating with him with an overall deal and his series 'The Pogmentary,'" Amazon's Georgia Brown said. "We all know Paul for what he can do on a football pitch, but his influence reaches much further, and he is without doubt an icon for an entire generation."

But what insights could we hope to get into Pogba's life? Pogba's future at Old Trafford has been the subject of plenty of speculation for years. With his contract due to expire at the end of next season, could we get a look at the viewpoint of his camp as agent Mino Raiola either negotiates a new deal with United or seeks to arrange a transfer out of the club?

But, let's be honest, we'd happily make do with a guided tour of Pogba's incredible black-and-gold foosball room.

And, as one of the most snazzy dressers in the world of football, we can only imagine that his wardrobe is so extensive it comes with its own wing of the house.

Meanwhile, on Thursday Ronaldo's partner Georgina Rodriguez announced she will soon have her own show on Netflix in Spain. Rodriguez revealed the big news on Instagram, sharing a snippet of video from Netflix welcoming her to the family.

"Very excited and happy with this new project. Thanks to the Netflix family," she wrote, while Ronaldo was quick to congratulate his partner in the replies.

Further details are scarce, but the Hollywood Reporter reports that the show, simply entitled "Georgina," will be a docu-reality format focusing on Rodriguez's daily life as a professional model and influencer.

The show is also likely to feature her family life, including her relationship with Ronaldo who just so happens to be one of the most successful footballers of all time and among the most famous athletes on the planet.

As such, the show raises the tantalising prospect that we will get to get some access into Ronaldo's home life, and the effect his career has on his family.

The Portugal international is also due to be out of contract in the summer of 2022, by which time he will be 37 years old. If he and agent Jorge Mendes decide to engineer a move elsewhere rather than remain in Turin, we may well get some insight into what that will mean for Georgina's own career and the lives of their children.

But, more importantly, we might just get to see if Ronaldo actually uses his trusty Japanese facial fitness device every morning to help keep his smile in tip-top condition.

What percentage of an average day does Ronaldo spend working out? We could get confirmation of our sneaking suspicion that it is up in the high 90s.

And is it really just plain white chicken and salad for every single meal at Casa Ronaldo, as his former United teammate and dinner guest Patrice Evra claims?

If either of these shows are going to be worth our time, they must focus on revealing what the people really want to know. 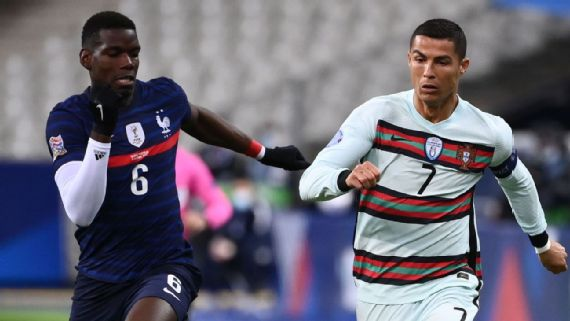