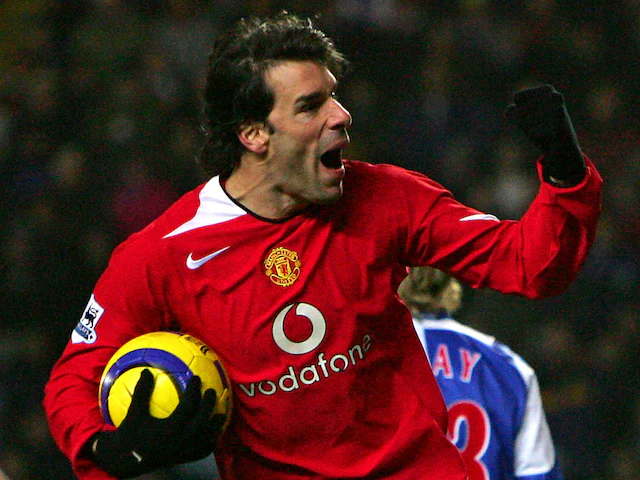 Manchester United legend Ruud van Nistelrooy has recalled his intense "personal" rivalry with Arsenal, commencing during the 'Battle of Old Trafford' in 2003.

The former Red Devils striker missed a late penalty after a clash with Patrick Vieira, who was sent off for kicking out at Van Nistelrooy.

Arsenal were left more incensed when the home side were awarded the late penalty in the closing stages of the game, which Van Nistelrooy shot against the crossbar, the game eventually finishing as a goalless draw.

The Dutchman reflected on his rivalry with the North London side on the UTD Podcast, saying: "That afternoon ignited sort of the... that was more personal towards me I recall. That day and that afternoon, with the penalty miss and the red card and after the game incidents. It made it all go ballistic a little bit.

"It was a great image of him flying above me but the thing is that he is actually the nicest man you'll meet outside a football pitch.

"When things gets fired up and pressure is on, you're capable of doing things that don't look the best when you look back on it. It was the same for me, for him and for everybody that played I guess."

Ruud van Nistelrooy made 219 appearances for Man United and scored 150 goals for the club during a five-year spell at Old Trafford.