Manchester United midfielder Scott McTominay has named former Chelsea ace Eden Hazard as the toughest player he has ever faced in the Premie... 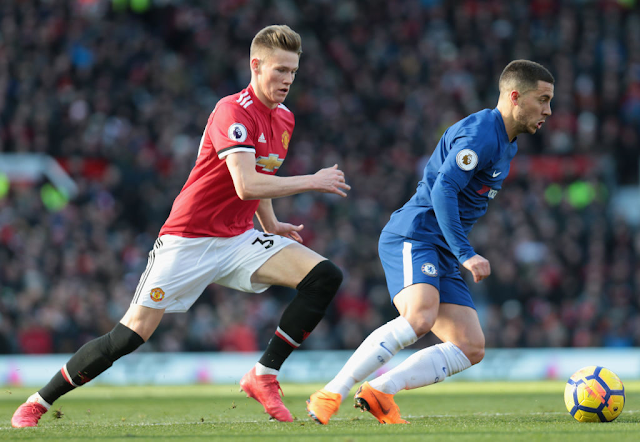 Manchester United midfielder Scott McTominay has named former Chelsea ace Eden Hazard as the toughest player he has ever faced in the Premier League.

It is hardly a surprise that Hazard’s name is often mentioned when players talk about their toughest opponents.

Obviously, now he is struggling with recurrent injury problems at Real Madrid. But he was simply unplayable at times when he was at Chelsea.

“Obviously, we’ll take Messi out of that because we’ve already [mentioned] him,” the Scotland international told ESPN UK when asked about the toughest opponent he has faced.

The 24-year-old added he was yet to play regularly at Man United when he first faced the Belgium International.

But with Ander Herrera out injured, Jose Mourinho decided to pair him with Paul Pogba in midfield in a home fixture against Chelsea in 2018. 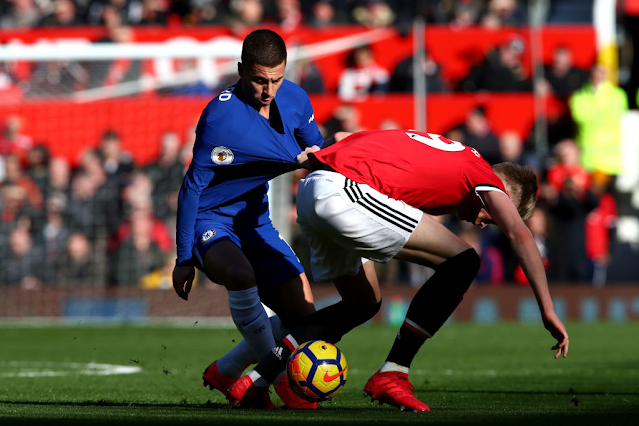 “I just remember it,” he added.

“[It was] not a reality check, because I played well. I did well and was pleased with the way I played.

“It was a semi, a bit like a reality check.

“Especially for me, he’s little, low centre of gravity, so he’s tough to get to. He was super sharp, super smooth.”

To be fair to McTominay, he indeed did a very good job, as Man United secured a 2-1 win over the Blues at Old Trafford.

Chelsea got their revenge a couple of months later, though, and on a bigger stage, the 2018 FA Cup final.

Hazard scored the only goal in the match from the penalty spot, and it was enough to seal an eighth FA Cup for the Blues.