Young Sheffield United defender Kyron Gordon has been impressing in the academy The young Blades starlet is among of clutch of players in ...

Kyron Gordon is the name on everyone's lips right now.

The Sheffield United youngster has been in the national headlines recently following reports of interest from Liverpool, Leeds United, Manchester United and Everton.

The 18-year-old was seen by Chris Wilder and Paul Heckingbottom as the successor to Chris Basham's throne and he has been emulating his role in the under 23s.

The central defender currently plays on the right of a back three for the young Blades and overlaps down the flank. He has impressed with a string of assured and cultured performances.

Technically gifted, the youngster fits the mould of a modern-day central defender. He is comfortable on the ball, can play out from the back, reads the game well and is known for his maturity.

His displays in the academy have seen him called up to train with the first team and he has featured on the bench three times at senior level, in the FA Cup matches away at Bristol Rovers and Chelsea and away at Man City in the Premier League.

The reports claim that Man United and Leeds have both scouted the youngster during recent under 23 fixtures.

He put pen to paper on his first professional contract in 2019 but that expires at the end of next season and with that in mind, reports are claiming clubs are hoping to lure him away.

However, Yorkshire Live understands United hold an option to extend that contract for a further year, which should be enough to ward off those clubs believing they could snap up a bargain next summer.

Speaking following the under 23s 4-0 win at home to QPR last month, Gordon said the aim was to play at Bramall Lane with the first team.

He said: "The lads love playing here, we thrive off it. One day, this is where we want to play with the first team, so it's better to get used to it now."

As part of the new manager's remit, he will be expected to create a pathway from the academy to the first team. The board are keen for Wilder's successor to feature homegrown talent and Gordon will be one of those who fans hope the club will tie down with fresh terms soon to avoid losing him on the cheap. 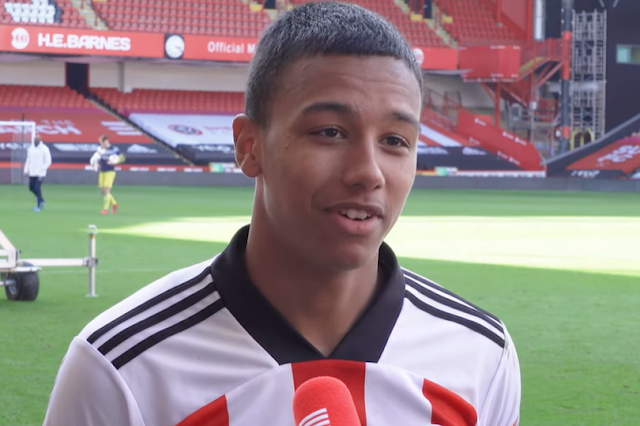