Eric Bailly says he is ready for a “new challenge” at Old Trafford after signing a new contract at Manchester United. The centre-back has ... 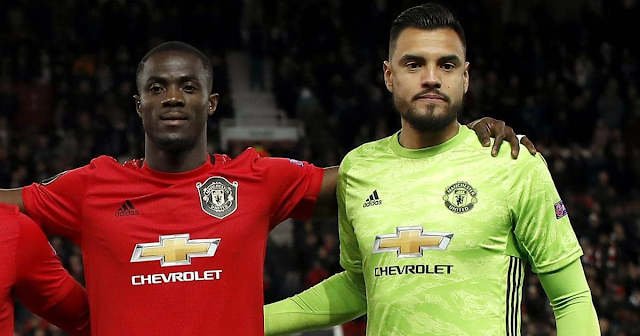 Eric Bailly says he is ready for a “new challenge” at Old Trafford after signing a new contract at Manchester United.

The centre-back has agreed new terms that will run until June 2024, with the option of a further year. It looked likely that the Ivory Coast international would leave the club this summer. Bailly has struggled with injuries and barely featured this season and a move away looked likely.

Ole Gunnar Solskjaer confirmed talks had begun over a new deal, but the indications were that Bailly would leave.

The Sun reported recently that Bailly “plans to snub” the new offer after being left out of the Europa League win over AC Milan.

As per the source, Bailly was “upset and furious” at being overlooked again by Solskjaer having played in the first leg at Old Trafford. Instead Solskjaer went with Victor Lindelof alongside Harry Maguire as United shut-out the Rossoneri to win 1-0.

Bailly, whose entourage were understood to be feeding stories of his discontent, has not played since after contracting Covid-19.

But in a surprising turnaround the 27-year-old has pledged his future to the club.

“I’m very happy,” he told United’s media. “This decision is something I didn’t have to think about, I love this club and I love playing for Manchester United. I’m happy and so are my family, everything is good.

“Now the moment with my injury has passed and I’m fit and feel good, and that’s it. A new contract is like a new challenge and I’m ready for this.

“That’s why I say the new contract shows the group has confidence in me – the coach, the staff and the players and, for me, that is very important. And that’s why I made this decision to stay at the club.”

Bailly, who has made just eight Premier League appearances this season, has set his sights on more silverware.

“For me, it’s the dream to be here,” added the centre-back. “Now it’s my fifth season and I hope to be here a long time.

“We are in a good position and we have the Europa League and we are second in the league and that is very good. We hope we can win this trophy [Europa League] – it is very important for us and for the fans and for the season. It’s a case of finishing well in the Premier League as well, I’m sure we will.

Solskjaer happy Bailly has signed up

“I hope I can be ready and I don’t get any injuries and to be strong and finish the season well. I hope to win the Europa League this season. We will have more challenges next season – hopefully the Champions League – and, for me, my dream is to win the Premier League, that’s my big dream”

Boss Solskjaer said: “I am pleased that Eric has signed this new contract. He is still learning and improving all of the time under the coaches here.

“Eric has improved his robustness since my time as manager and he will continue to play a significant part in the squad.

“He possesses fantastic speed, timing of tackle and has that aggression which, of course, you need as a centre-back. He is a popular member of the squad and we look forward to continuing to work with him going forward.”