Sir Alex Ferguson landed a remarkable 62/1 treble on the first day of the Aintree Grand National Festival with three winners in the opening three races.

Fergie is no stranger to the concept of a perfect hat-trick and the legendary Manchester United boss bagged one of his own with Protektorat, Monmiral and Clan Des Obeaux all going in.

The Scotsman was seen arriving at the Mersyeside track before the action got underway and would've been delighted with the way the first three races turned out.

10/11 favourite Monmiral then made it a double on the day for Ferguson little over half-an-hour later when cruising to a seven length victory in the Doom Bar Anniversary 4-Y-O Juvenile Hurdle.

The four-year-old gelding scooped £42,202.50 for his victory to provide Fergie with a quickfire double reminiscent of Sheringham and Solskjaer in Barcelona all those years ago.

Things then got even better for Fergie as two-time King George winner Clan Des Obeaux produced a dominant performance to win the Aintree Bowl at odds of 5/2.

Ferguson's perfect hat-trick came in at combined odds of 62/1 and will leave the 79-year-old oozing confidence ahead of the Grand National itself on Saturday.

The ex-United boss will be hoping to continue his hot streak with 66/1 shot Give Me A Copper, who he part owns with four other people. 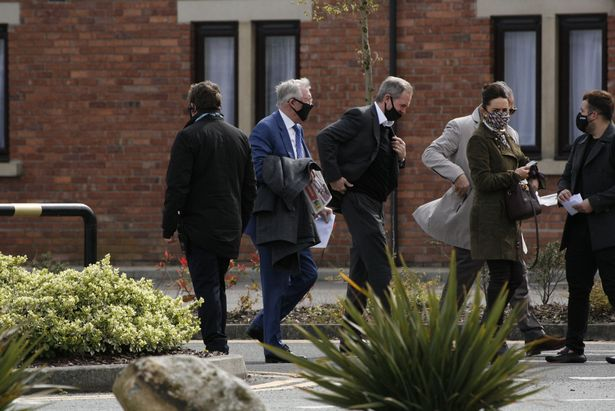