Smalling with Solskjaer at United back in March 2019  (Image: 2019 AMA Sports Photo The pair now play for Roma and will likely come up aga...

The pair now play for Roma and will likely come up against Man Utd in their Europa League semi-final.

United will come up Chris Smalling and Henrikh Mkhitaryan when they face the Italian side over two legs in their Europa League semi-final, starting with the first leg tonight at Old Trafford.

Both men have enjoyed new leases of life in Rome since leaving United, with Solskjaer sanctioning the permanent sale of Smalling last summer — after he was initially loaned out to the Serie A outfit in summer 2019.

Solskjaer admitted it was a shame the pair wouldn't be welcomed back by supporters at Old Trafford as he discussed the tie with MUTV.

"Hopefully they will enjoy coming back to Manchester," he said on Smalling and Mkhitaryan. "Unfortunately there are no fans at Old Trafford to greet them. We know about their qualities and we know about other players as well of course with good quality and some of them have played in the Premier League.

"They know us and in the last few weeks we’ve analysed Roma and got a clearer view on them.

“Of course last season [Smalling] did really well and when a club you go to on loan want to sign you that says everything about you as a player and as a person in terms of what you’ve done there. Unfortunately, this year he’s had a few injuries, but he’s back just in time for this one.”

Solskjaer is under personal pressure to break his semi-final hoodoo as United boss, having lost four times previously at this stage of competitions — including in the Europa League against Sevilla last season. He is determined to break that run against Roma.

He added: "We’ve really built momentum and of course those setbacks and disappointments in the semis are more used as a motivation this time. We know how it feels to be so close and this time we’re going to give everything.

"I know that about these players anyway, they always give us absolutely everything they’ve got.” 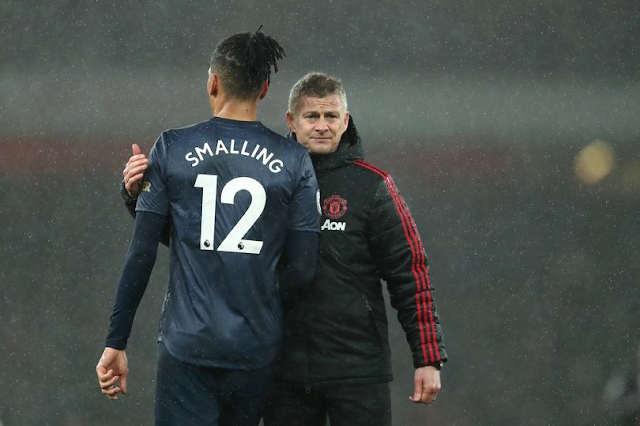