We’ve seen it so many times in football where someone continues to get a club based on their reputation rather than the reality of their r... 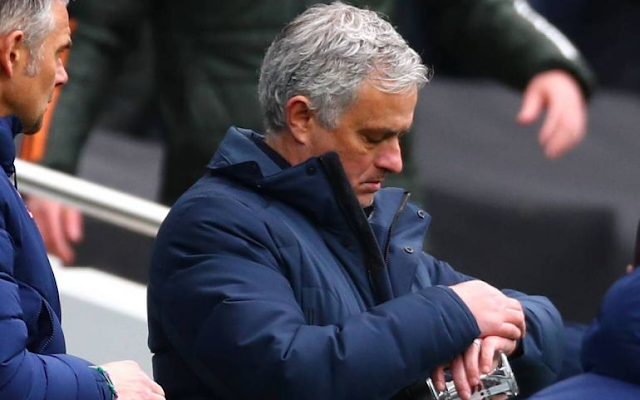 We’ve seen it so many times in football where someone continues to get a club based on their reputation rather than the reality of their recent achievements.

The game moves in cycles and it’s vital for players and coaches to adapt, so you do have to wonder if we’ve now reached the point where the game has simply passed Jose Mourinho by.

His recent history reads as he was run out of Real Madrid for turning basically everyone but Pepe against him, he was sacked by Chelsea after leading them towards the bottom half of the table, he was sacked by Man United for just sucking any ounce of joy from that club, and it looks like he’s finished at Spurs as well.

It would be fascinating to know if it’s really as simple as suggesting that his bottle crashed after West Ham came back from 3-0 down to draw earlier in the season, because they were playing some lovely attacking football up until that point.

Since then he’s reverted to type and it’s just not working anymore, while it’s probably a good thing that fans aren’t allowed in the ground as the atmosphere could turn toxic.

Of course rival fans love to make jokes about their lack of trophies and perhaps their was a belief from Daniel Levy that Mourinho would change that, but the current version of the team doesn’t fit with what the fans were used to under Mauricio Pochettino.

At least they were contenders for the Champions League and the Premier League and the football was good to watch, but this season has been neither of those things.

Football.London have now reported that Mourinho is expected to leave in the summer as Levy was insistent that a top four finish was vital, but it now looks deeply unlikely after the draw last night.

That’s likely to come as a relief to many of the fans who are growing frustrated by what they are seeing just now, and a look at Man United shows that it should be fairly simple for the next manager to come in and earn some immediate goodwill from the fans.

All Ole Gunnar Solskjaer had to do was not be utterly miserable and defensive and suddenly it looked like the clouds had lifted from Old Trafford, so it will be interesting to see if Spurs can achieve a similar effect with their next appointment.

You also have to think that no major club is going to go anywhere near Mourinho just now either, so it will be interesting to see what the future has in store for him