According to Spanish outlet Mundo Deportivo, Mino Raiola and Alf-Inge Haaland will travel to London tomorrow for transfer talks with the P... 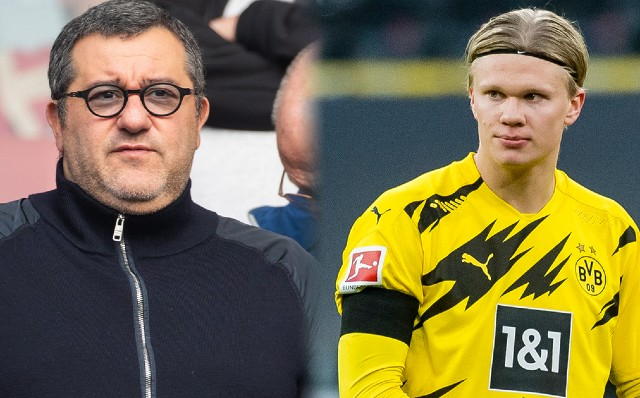 According to Spanish outlet Mundo Deportivo, Mino Raiola and Alf-Inge Haaland will travel to London tomorrow for transfer talks with the Premier League’s biggest clubs over the future of Erling Haaland.

Mundo Deportivo report that the prolific striker’s key advisors will hold discussions with Chelsea, Liverpool, Manchester United – who are so big that they’ve wrote them down again instead of Man City.

The Spanish outlet reiterate that the aforementioned four clubs (forgive the City blunder) are the only ones in England that have the ‘financial muscle’ and ‘sporting project’ to convince Haaland to join.

This comes after Raiola and Alf-Inge, the player’s father who used to play for transfer favourites City, sounded out a transfer with La Liga powerhouses Barcelona and Real Madrid earlier today.

Haaland has become the most talked about upcoming summer transfer saga owing to his continued impressive displays for Borussia Dortmund, whom he only joined last January.

The Norwegian sensation hitting 49 goals and adding 11 assists in just 49 games for the Bundesliga outfit has left them resigned to losing the ace this summer.

Fabrizio Romano just reported that Dortmund will not accept less than €150m for the 20-year-old this summer, even with how mercurial a talent Haaland is it’s hard to see how these demands will be met.

Mino Raiola is meeting with Real Madrid after Barcelona and the plan for #Haaland is so clear: talk with 5 top clubs interested, their projects, proposals and then decide for the future. It’ll be a long race.

BVB position: won’t accept less than €150m to sell him this summer. https://t.co/U6D8TyobWS

Many would say that the most important part of Chelsea, United, Liverpool and City’s week will now take place in London offices or hotels tomorrow, not on the pitch when they return to action in the top-flight.