Teden Mengi will miss the rest of the season through injury

Man United loanee Teden Mengi will miss the remainder of the season with injury, Wayne Rooney has confirmed. Ole Gunnar Solskjaer has sent... 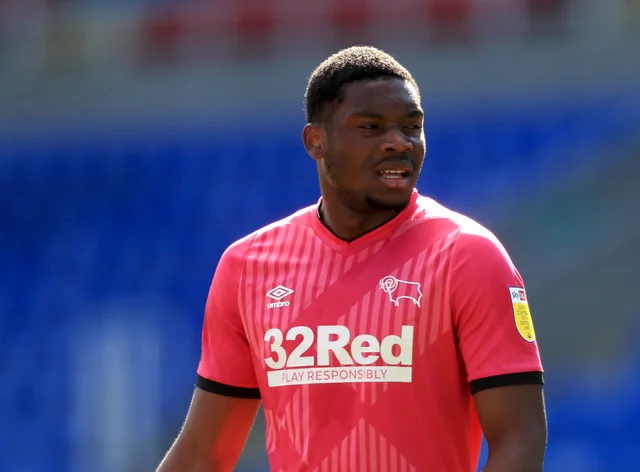 Man United loanee Teden Mengi will miss the remainder of the season with injury, Wayne Rooney has confirmed.

Ole Gunnar Solskjaer has sent several talented Manchester United youngsters out on loan this season, as they look to continue their development away from Old Trafford.

Amongst those is centre-half Teden Mengi. Personally, I assumed he’d already be a mainstay in Manchester United’s first-team at this point. Heck, he’s more than good enough to have done exactly that.

However, Solskjaer thought otherwise, with Mengi heading to Derby County to work under the watchful eye of Wayne Rooney. Sadly, his time with The Rams has been cut short through injury.

The United starlet has been dealt an injury blow, which means he is now set to miss the rest of the season, Rooney has confirmed.

Check out what the Derby boss had to say on the Mengi injury here:

“Mengi will miss rest of the season and go back to Manchester United from today.” Rooney told the media, with the official Derby County Twitter account giving us the lowdown.

Fantastic for us. See him grow with each game. We will keep in contact with Man Utd and Teden about next season. Not too serious but will not recover in time to play again.“

To hear that Mengi was ‘fantastic’ in a league as physically demanding as the Championship is massively reassuring. However, it’s cruel that his season has been cut short so abrubtly.

Mengi has now returned to Old Trafford, though that won’t stop Derby County trying to bring the centre-half back to Pride Park for the 2021/22 term if it’s a possibility.

I’d hope that Solskjaer takes a good look at Mengi this summer before making a decision on his future. Hopefully, the teenager will be given the luxury of playing in a few pre-season games, because I’ll reiterate, he should be within the first-team set up at Manchester United.