The social media activity of Manchester United starlet Amad Diallo has taken centre stage online, on the back of the club’s downing of Gra... 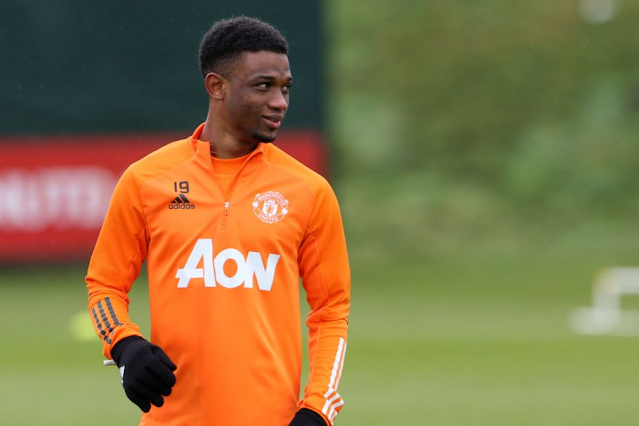 The social media activity of Manchester United starlet Amad Diallo has taken centre stage online, on the back of the club’s downing of Granada.

Ole Gunnar Solskjaer’s men were of course back in action last night.

The Red Devils welcomed La Liga outfit Granada to Old Trafford, for the 2nd leg of the Europa League quarter-final showdown between the clubs.

United headed into proceedings boasting a clear advantage, on the back of a 2-0 victory in Spain last week.

And, when all was said and done on Thursday, a similar scoreline eventually saw the Premier League giants cruise through to the competition’s final-4.

You just can't give the Uruguayan space like that!

Then, as the clash rolled into injury-time, a rather spectacular own goal on the part of Granada’s Jesus Vallejo added some gloss to the scoreline for the hosts.

Whilst, in the end, United managed to net twice last night, though, it could easily have been more.

This comes with a late breakaway on the part of the Reds having seen substitute Amad Diallo surge free towards goal, only to be rashly floored by Granada stopper Victor Diaz.

The challenge looked certain to see a free-kick awarded at the very least, with many having also called for a red card.

In the end, however, somewhat bizarrely, the officials decided to give neither, much to the frustration of the United faithful.

And Diallo himself has since also made crystal clear his frustrations with the call.

In a post on his official Instagram account, the Red Devils talent posted a photo of a wrist injury picked up as a result of the challenge, accompanied by the caption ‘no foul’, and a fuming emoji: 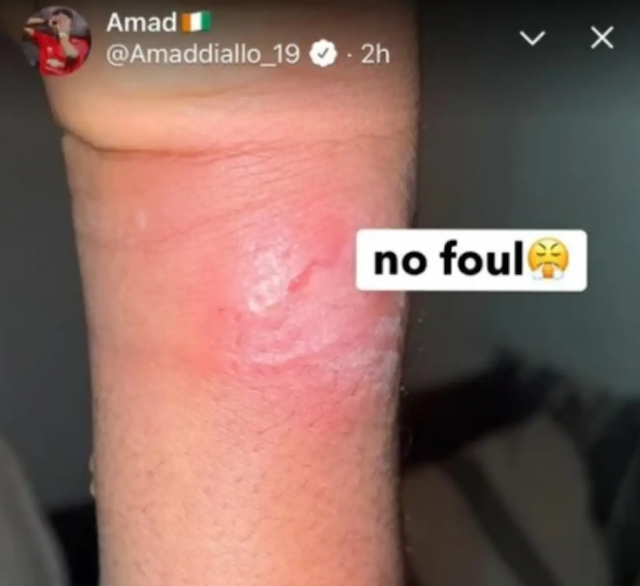 As outlined above, though, this is not the only social media activity on Diallo’s part to have piqued the attentions of United’s supporters on the back of last night’s clash.

This comes with the Ivorian having also revealed a new nickname for Axel Tuanzebe, following the stopper’s latest solid showing – Sergio Axel Ramos:

i love this duo so much man, check diallo’s comment 😭 pic.twitter.com/CMLxGYyRbF