Manchester United welcome Italian side Roma to Old Trafford tonight for the first leg of their Europa League semi-final clash It's onl... 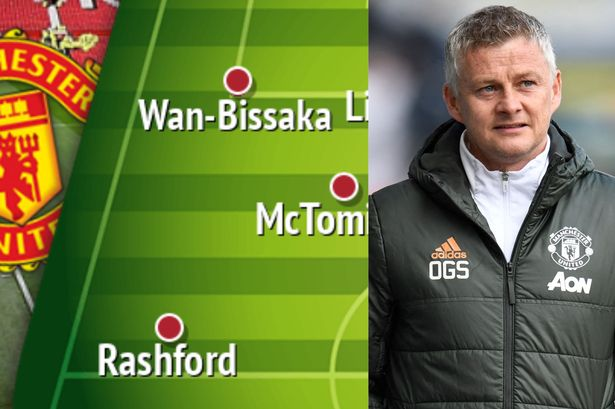 It's only a matter of hours before Manchester United's biggest game of their season so far gets underway.

Off the back of a 0-0 draw against Leeds United on Sunday afternoon, attentions have been fixed firmly on Roma and booking a place in the Europa League final.

Paulo Fonseca brings his Italian side to Old Trafford tonight for the first leg of their semi-final showdown.

He does so with a number of familiar faces in his ranks, too, as Chris Smalling and Henrikh Mkhitaryan get ready to face their former club - while former Manchester City striker Edin Dzeko remains their danger man up front.

Ole Gunnar Solskjaer has previously used the Europa League to offer game-time to some of his fringe players.

However, such is the magnitude of this first leg, the Norwegian will almost certainly go with his best XI - but who do the United fans think should make the line-up?

Now, this is where one of the biggest conundrums lies for Solskjaer. Having served as the club's number one for the best part of a decade, Spanish goalkeeper David de Gea has been displaced by Dean Henderson in recent weeks.

However, in a complete role reversal, De Gea has been handed the gloves back for Europa League ties.

Will that be the case this time around? Solskjaer did leave out Sergio Romero in a similar situation previously, but he had not served United with quite the same distinction as the Spaniard - who supporters want to see start against Roma.

Throughout his side's run to the last four, United manager Solskjaer has often taken the opportunity to rest Harry Maguire, Luke Shaw and his other first-choice defenders.

Indeed, the likes of Eric Bailly, who signed a new contract at Old Trafford this week, Alex Telles and Axel Tuanzebe are among those to have been deployed in the cup competitions.

However, back from suspension, captain Maguire will almost certainly take his place at the heart of defence.

Flanked by England full-backs Aaron Wan-Bissaka and Shaw, fans are also calling for the £80million centre-back to be partnered by Victor Lindelof.

One of the toughest predictions to make when it comes to the United starting XI that will take on Roma - and it's for a number of reasons.

Not only does Solskjaer have a range of options to choose from, he can also be flexible with his approach.

Paul Pogba is one of those who has operated further up the pitch in recent weeks and he may do so once again to accommodate Scott McTominay and Fred in the same line-up.

However, supporters are keen to see the French World Cup winner deployed in the engine room, while Portuguese playmaker Bruno Fernandes is, of course, a universal choice across the board.

After calling for De Gea and Pogba to replace Henderson and Fred respectively, the third and final change that United fans would like to see comes in attack.

Having led the line against Leeds - with five goals coming in his previous seven appearances - Mason Greenwood is being tipped for a wide berth against tonight's Serie A opponents, with Edinson Cavani starting through the middle and Daniel James dropping out of the side.

Of course, the left-hand side is set to be occupied by Marcus Rashford.