Manchester United’s defence has given up soft goals at points throughout the season. Harry Maguire and Victor Lindelof have had decent sea... 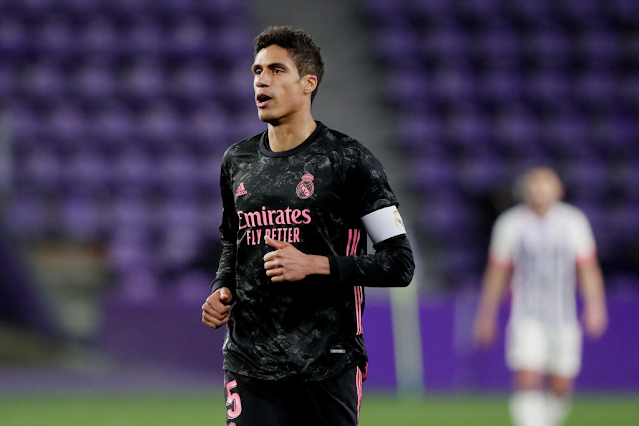 Manchester United’s defence has given up soft goals at points throughout the season.

Harry Maguire and Victor Lindelof have had decent seasons, but there’s still a feeling that they could upgrade at centre-half.

For many fans, the dream central defensive recruit would be Real Madrid’s Raphael Varane.

Transfer speculation ramped up when reports from Spain suggested talks between United and Varane were ‘very advanced’.

Are United just being used again?

United have been here before with Real Madrid.

In August 2015, Sergio Ramos used United’s reported interest to leverage a new deal with the Spanish giants, before insisting he never wanted to leave.

Varane may well have no intention of leaving at all and it’s just brinksmanship to get Madrid to offer him a new contract on the terms he wants.

United fans would be wise not to get their hopes up just yet.

How much would Varane cost United?

If Varane does genuinely want to leave Madrid, this summer represents one of their two final chances to get a fee for him before his contract expires in 2022.

In January 2022, he’d be free to sign a pre-contract with United.

That should ensure his asking price isn’t astronomical, but a World Cup winner with the best years of his career ahead of him isn’t going to come cheap.

Madrid’s financial situation isn’t the best and they need to balance the books if they want to sign a superstar this summer due to the pandemic.

Everton and Tottenham have recently found themselves able to come to compromises with Madrid over James Rodriguez and Gareth Bale – but those players were outcasts who needed to leave.

Varane is still a huge asset so signing him won’t be easy or cheap.

Would Madrid winning the CL convince him to stay?

Madrid are into the semi-finals of the Champions League, where they will face Chelsea.

That won’t be an easy tie but they do have a real chance of making the final.

United winning the Europa League would perhaps go some way to showing Varane that he can lift silverware at Old Trafford.

But if Madrid win the same competition United were eliminated in the group stage of, he may reason that he’s better off where he is.