Tottenham Hotspur fans on Twitter have been responding to the latest team news concerning the north London club ahead of their Premier Lea... 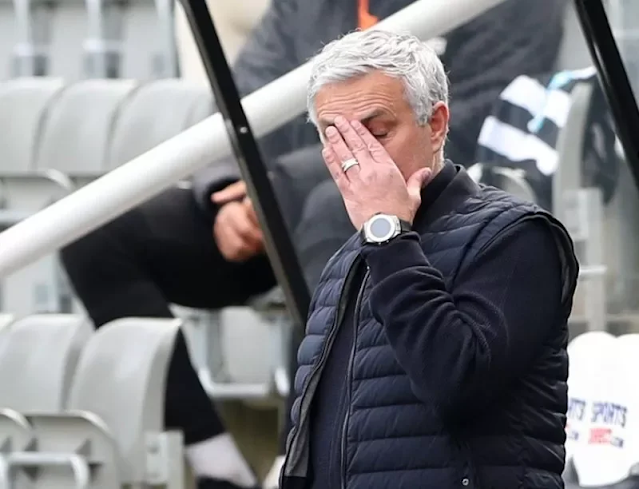 Tottenham Hotspur fans on Twitter have been responding to the latest team news concerning the north London club ahead of their Premier League clash against Manchester United.

This comes after the official Spurs Twitter account shared a post on their page revealing the starting line-up that Tottenham manager Jose Mourinho has selected to start the match against his former side.

This post then gathered a lot of replies from Tottenham fans who were quick to share their response to this latest team news, particularly with the inclusion of Dier.

SO, WHAT DID THESE SPURS FANS HAVE TO SAY IN RESPONSE TO THIS TEAM SELECTION FOR THE UNITED GAME?

“Dier?! And No Toby and Tanganga in this CRITICAL game?!”

“Dier = losing this game. What has Toby done to be dropped.”

“DIER NOOOOO I’m not looking forward to this now…”

Looking at the replies to this post from the official Spurs Twitter account, it appears that they are not happy that Mourinho has selected Dier to start in defence against United and are now not confident in their chances of winning the match.

Given how Dier hasn’t played a game for Spurs since their 3-0 defeat against Dinamo Zagreb in the Europa League last month where he only managed to earn himself a fairly uninspiring match rating of 6.38/10, it’s understandable why these Spurs fans aren’t particularly pleased to see him starting against United.

Moving forward, everyone at the club will undoubtedly be hoping that Dier will prove these doubters wrong and that this team that Mourinho has selected will have enough to beat the Manchester club and move closer to a top-four place.