Anthony Martial saw red against Tottenham earlier this season  (AFP via Getty Images) Martial was sent off for reacting to an elbow from T...

Ole Gunnar Solskjaer has warned his Manchester United players not to be "conned" as he claims Anthony Martial was in the 6-1 defeat to Tottenham Hotspur earlier this season.

United travel to north London for the reverse fixture of their joint-heaviest Premier League home defeat, which saw Harry Kane and Son Heung-min run riot at Old Trafford back in October.

Solskjaer's side were already 2-1 down after half an hour when Martial was sent off for swiping at Tottenham's Erik Lamela, who appeared to strike him with an elbow.

United have recovered since and now sit 11 points clear of Jose Mourinho's side. When asked what his side had learned from the chastening defeat, Solskjaer suggested his players know to be more streetwise.

"The biggest thing we've improved on is our fitness levels because we were way short of what they were at. It was our third game, was it?", he said.

"Third game and we didn’t look anything like... and we got conned into a red card, and that's something that we have to be aware of.

"We can't react like this because we know in games there’ll be situations where we’ll be wound up. We’ve learned a lot from that and I'm sure we’ll have a better performance this time around."

Solskjaer believes his players will take extra motivation from the 6-1 into Sunday's game.

"The way and the manner we lost is not ourselves and we know that. We gave ourselves a difficult game by having 10 men.

"Pre-season was short and we weren't up to the standard required, but we were so poor and I'm pretty sure we'll see some players wanting to prove that we're better than that." 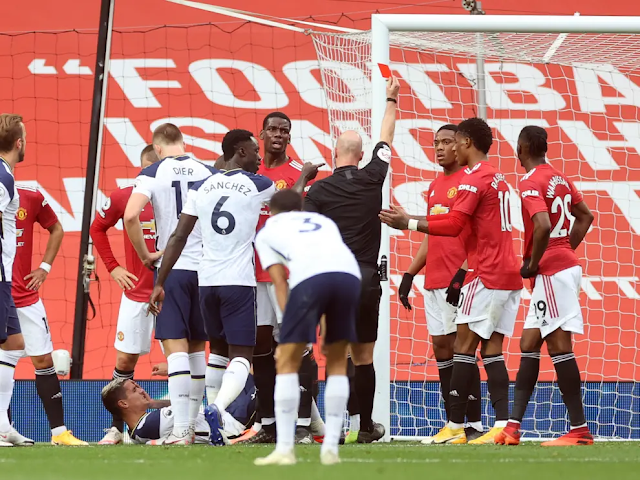