Real Madrid are reportedly set to battle Liverpool and Barcelona in the race to sign 21-year-old Serbian striker Dusan Vlahovic from Fiore... 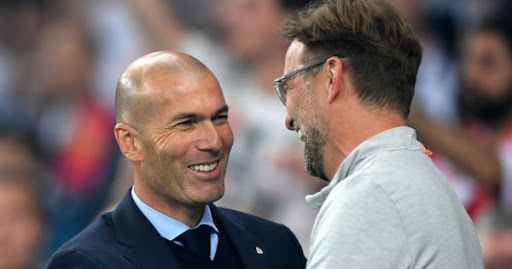 Real Madrid are reportedly set to battle Liverpool and Barcelona in the race to sign 21-year-old Serbian striker Dusan Vlahovic from Fiorentina this summer.

According to a report by Italian publication Tuttosport, Dusan Vlahovic seems to be becoming a hot property in the market ahead of the summer transfer window. The Fiorentina striker is the subject of interest from Real Madrid, Liverpool and Manchester United over a possible summer move.

Vlahovic joined Fiorentina from Partizan Belgrade in the summer of 2018 but has since taken small steps in his career. In fact, it is only in the ongoing campaign that the 21-year-old Serbian striker has become a prolific forward in some sense, with 13 goals and 2 assists in 28 Serie A outings. 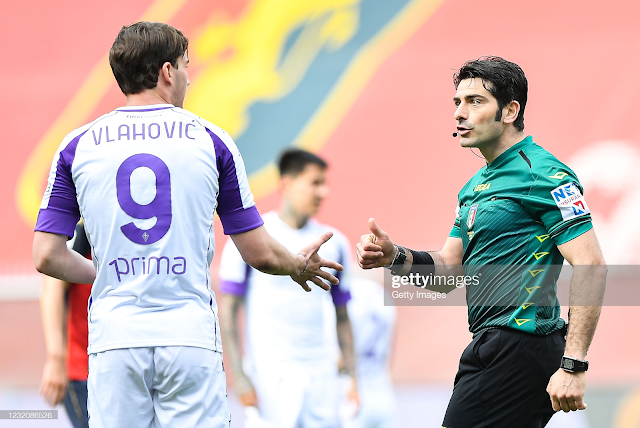 However, having shown signs of progress since the turn of the year, Vlahovic is starting to garner a lot of interest in his services, with a number of clubs setting their sights on him. Some of these aforementioned suitors are Real Madrid, Liverpool and Manchester United.

The interest from Real Madrid is a tad bit surprising, considering Erling Haaland has been touted to be their priority for the summer. However, with both Luka Jovic and Mariano Diaz facing uncertain futures in the Spanish capital, Los Blancos might just need to sign two striker, which perhaps, explains their pursuit of Vlahovic.

Real Madrid, though, face stiff competition from Liverpool and Manchester United in his pursuit. Liverpool’s potential interest could be explained by the fact that Atletico Madrid have been linked with a possible swoop for Roberto Firmino, whose potential departure would open up a spot in the attacking unit.

Manchester United, on the other hand, seem to be bracing themselves for the departure of Edinson Cavani, while Anthony Martial could also depart Old Trafford this summer. As a result, Manchester United seem to be keeping their options open, with Patson Daka, who is also a target for Liverpool, on their radar. Vlahovic, though, is also a viable target for the Red Devils.

Fiorentina, on their part, are scrambling to retain the services of the 21-year-old striker and tie him down to a new contract. However, it will be interesting to see if Vlahovic’s head is turned by the interest from Real Madrid, Liverpool and Manchester United and, thus, call it quits at the Serie A club this summer.