Manchester United are reportedly ready to make an offer of around €50 million for Barcelona forward Ousmane Dembele as they attacking rein... 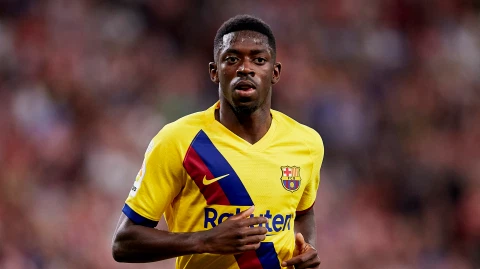 Manchester United are reportedly ready to make an offer of around €50 million for Barcelona forward Ousmane Dembele as they attacking reinforcements in the summer.

According to a report from Spanish publication Fichajes, Barcelona could be braced for a raid from Manchester United this summer, with the Premier League giants planning on a €50 million offer for Ousmane Dembele.

The Frenchman has been with Barcelona since the summer of 2017, having arrived from Borussia Dortmund as a replacement for Neymar who had left for PSG in a world-record deal. Since arriving in Catalonia, though, Dembele has struggled to live up to the expectations, with injuries hampering his progress and development at Camp Nou. 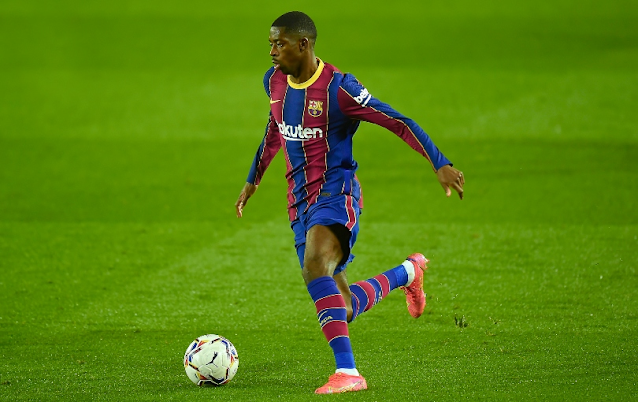 That has seemingly changed this season, with the Frenchman managing to stay fit for prolonged periods and making an impact out on the pitch for Ronald Koeman’s side. Dembele, so far in 2020/21, has produced a handy return of 10 goals and 4 assists from 39 games across all competitions, becoming a key member of the Barcelona side that is firmly in the La Liga title race and has already won the Copa del Rey.

However, the 23-year-old’s future at Camp Nou may be far from secured as his contract with Barcelona runs out in a little over a year. While there have been claims of the Blaugrana keen on handing him a new contract, while Dembele himself was believed to be ready to commit his long-term future to the Catalan giants.

But, things seem to have changed in the background as per the aforementioned report as Barcelona’s financial problems continue to grow. To that end, player exits have become a necessity for the club if they are to rebuild a stronger team and make investments in strengthening their squad before next season. And, Dembele is seen as a high-value asset, whose departure could help bring in some funds.

A transfer fee of €50 million has now been mooted for Dembele, which, as per the report, Manchester United are ready to pay. The Red Devils have been pursuing the 23-year-old since summer last summer, but a move failed to materialise. They have kept their interest in the winger alive ahead of the upcoming summer as well and could now be prepared to meet Barcelona’s valuation of the player.

Manchester United’s problems on the right flank need no introduction given that the club has lacked an natural right-sided winger for what seems like ages now. Jadon Sancho of Borussia Dortmund still remains in the frame but would cost twice as Dembele as per the report, making the Frenchman a viable target.

It now remains to be seen if Ole Gunnar Solskjaer & co. end up landing Dembele in the upcoming summer or whether he joins a different club, with Chelsea also interested in the Frenchman.