"It's crystal clear that the clubs will have to decide if they are Super League or they are a European club. If they say we are a Super League, then they don't play Champions League, of course... and if they are ready to do that, they can play in their own competition."

Alexander Ceferin issued a warning to the rebel clubs who are still clinging on to hopes of competing in the clearly doomed Super League on Friday.

The Premier League's 'Big Six' shamed English football less than a week ago when they signed up to compete in a closed-shop European competition reserved for the game's traditional elite clubs.

By Tuesday each of them had pulled out following 48 hours of fierce criticism, and Atletico Madrid and Inter Milan were also out by close of play on Wednesday. It was initially thought that AC Milan and Juventus had followed Serie A's champions-elect in withdrawing from the reviled competition, but it has since emerged they, along with the financially stricken Barcelona and Real Madrid, aren't calling it quits just yet.

Florentino Perez thinks the Super League could yet have a future, although quite where he believes the competition could go without the biggest clubs in England, Germany and France is anybody's guess.

The Super League never sounded very super anyway, but it would be even less so without 11 of the 15 teams tournament organisers wanted to be involved the most.

Now, back to Ceferin's threat of Champions League banishment for Madrid, Barcelona, Juventus and Milan - and what it could mean for Manchester United's hopes of securing the long-term future of one of their best players.

Paul Pogba has displayed his most consistent form for United this season and it came as no surprise that United's title challenge began to seriously falter when the World Cup winner missed several games with a thigh injury sustained at the beginning of February.

United were leading Everton when Pogba was forced off and ended up drawing that game, before winning just one of their next four league matches as City opened up a chunky lead at the summit. United have won six of their seven games in all competitions since the Frenchman returned in March.

It would not be an exaggeration to say a lot of United fans wouldn't have been too worried about the prospect of losing Pogba at times last season, but he has underlined his quality in an improving United side this time around. Keeping Pogba will be crucial to United's chances of winning the title next year and there is now understandable concern at what his departure would signify. Would Bruno Fernandes start to question United's ambition if Pogba left?

The two clubs most heavily linked with moves for Pogba - virtually since he joined United five years ago - are Real Madrid and Juventus, but would he want to play for either of those teams if they're not involved in the world's best club competition?

Pogba can see what United are building under Ole Gunnar Solskjaer and there have been murmurings in recent weeks and months that he might be open to penning his first extension since returning to Old Trafford.

Uefa can make his decision an easy one by kicking out the revolters. 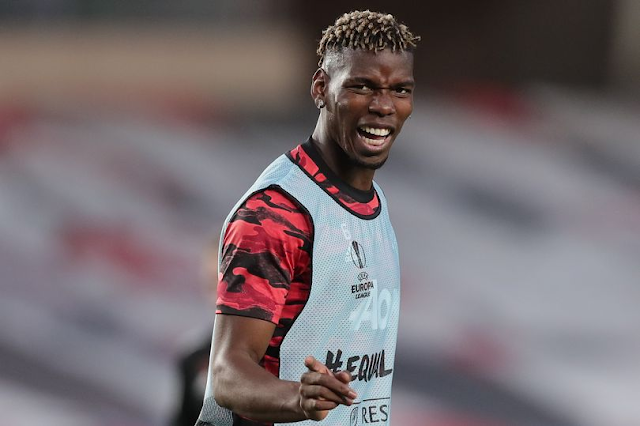