Amid the euphoria of seeing Fred slam the ball high into the net at Tottenham on Sunday, he was greeted by a friendly shove by team-mate B... 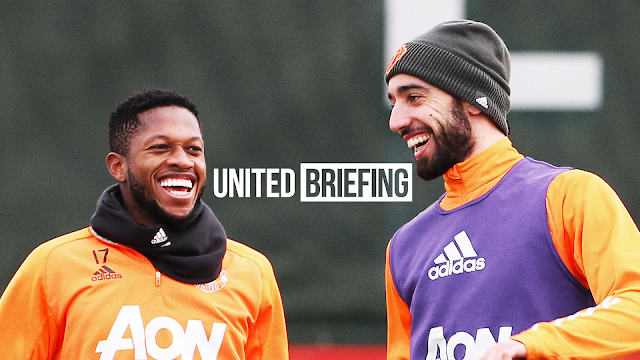 Amid the euphoria of seeing Fred slam the ball high into the net at Tottenham on Sunday, he was greeted by a friendly shove by team-mate Bruno Fernandes when celebrating the goal.

Our no.18 has spoken in the past about his wish to see Fred hit the net more often and the South American picked a good time to bag his first of the season as it started another memorable comeback for the Reds, en route to a superb 3-1 success in London.

It was Fred's second Premier League goal, after he netted against Wolves in September 2018, and his fourth in all competitions for the club. 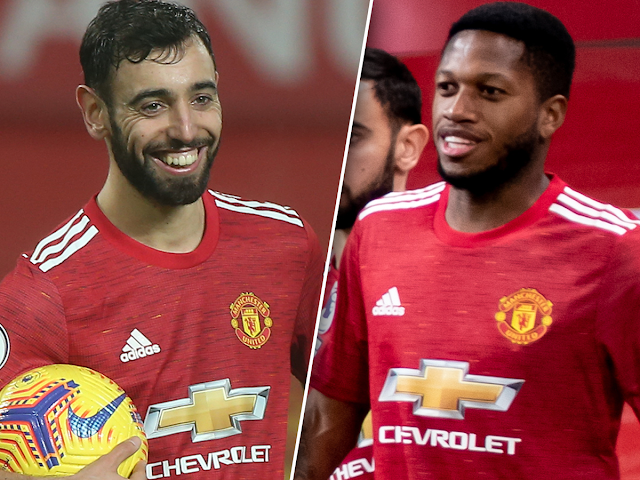 “So [it was] because Fred normally never scores," laughed the Portugal international. “So, when he scores, we have to do something different.

“It will be the next goal in one year because I think the last one he scored for us was against Club Brugge, one year ago almost or maybe more.

“We have to make something to remember that goal.”

When Fred scored twice in the aforementioned Club Brugge game, in March of last year, it prompted Bruno to discuss the feat on his UTD Podcast episode.

“I was in the dining room with Fred and, on MUTV on the television, they were playing all Paul Scholes’s goals in a Manchester United shirt,” he revealed. “We had eaten, but we just stayed there to watch all of the goals of his. And it was funny because I was talking to Fred, and I said to him: 'You see what Paul Scholes is doing, you need to be more closer to the goal because, if not, you will never score! And then, in that game, Fred scored twice!”

Bruno always cajoles and encourages his colleagues and both men could be involved when the Reds face Granada in the second leg of the Europa League quarter-final on Thursday.