Man United host Granada in the Europa League on Thursday. Manchester United fans have made their feelings clear on who should feature in t... 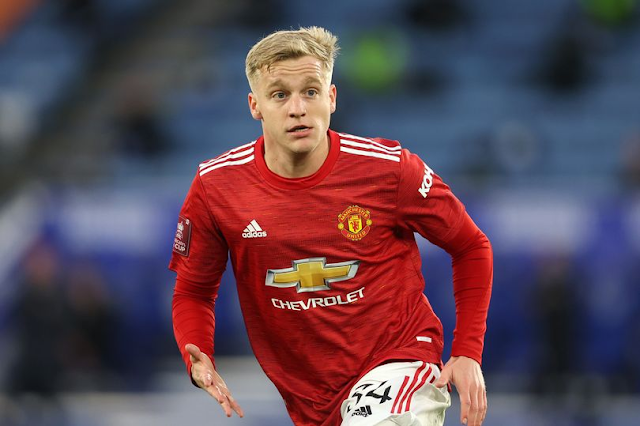 Man United host Granada in the Europa League on Thursday.

Manchester United fans have made their feelings clear on who should feature in the starting lineup against Granada in the Europa League on Thursday, giving Donny van de Beek and Amad roles in the starting XI.

The Reds will be high on confidence after their excellent second-half performance against Tottenham at the weekend, with goals from Fred, Edinson Cavani and Mason Greenwood completing the turnaround in London.

They'll also feel they have one foot in the semi-finals of the Europa League after beating Granada 2-0 away from home in the quarter-final first leg last week, making Thursday's clash at Old Trafford a relatively straightforward assignment on paper.

Heading into the game with two away goals will stand United in good stead and the result has afforded Ole Gunnar Solskjae's side some breathing space, meaning the squad will be rotated.

United fans would make six changes from the team that won at Spurs, with Victor Lindelof, Aaron Wan-Bissaka, Paul Pogba, Fred and Cavani the only five who started in the capital retaining their spots in the lineup.

The changes would see David De Gea come back into goal after keeping a clean sheet in the first leg in his homeland and Tuanzebe would also play a prominent role at the heart of United's defence, alongside Lindelof.

Fans would have Van de Beek starting in midfield, with Daniel James and Amad also coming into the starting lineup to support Cavani from the wide areas, with the Uruguay international looking to score in back-to-back matches.

Amad announced his arrival in spectacular fashion against AC Milan in the Round of 16 and United fans will be hoping for similar exploits from the 18-year-old who arrived in January for £19m. 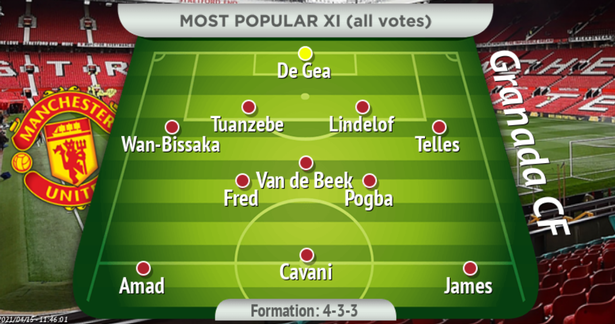