In the 29th minute of tonight’s Europa League semi-final between Villarreal and Arsenal, the Gunners found themselves 2-0 down to former man... 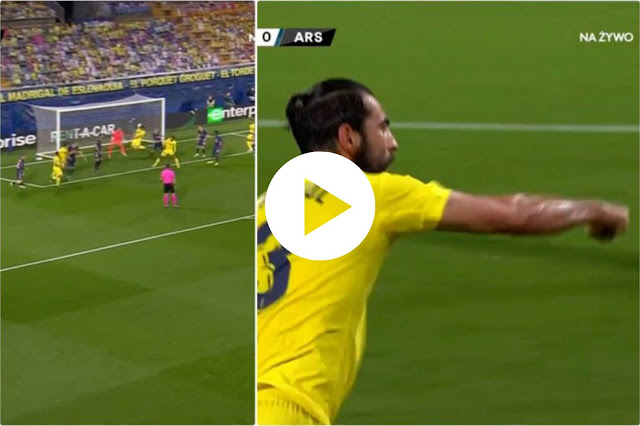 In the 29th minute of tonight’s Europa League semi-final between Villarreal and Arsenal, the Gunners found themselves 2-0 down to former manager Unai Emery after a corner.

Dani Parejo fired a ball in from the right side, not a single Arsenal player even jumped for the ball, leaving an unmarked Gerard Moreno in the middle to win a header, which was flicked over to the far post.

There was no marking on the sides just as there wasn’t in the middle, leaving the ball to float over to Raul Albiol as big-money Arsenal star Thomas Partey completely failed to track the defender’s run.

Albiol volleyed in from close range before thrusting into quite the passionate the celebration, the 35-year-old let off four or five one-two punch combinations in the air, as he literally knocked Arsenal down.

Villarreal score another goal to double their lead through Raul Albiol

Mikel Arteta should be very disappointed with the lack of organisation from the Arsenal team as the corner was whipped in, both Villarreal players who connected with the ball were left open.