Just seconds after Villarreal stormed into the lead against Barcelona owing to a disastrous mistake from Jordi Alba , Oscar Mingueza and Ant... 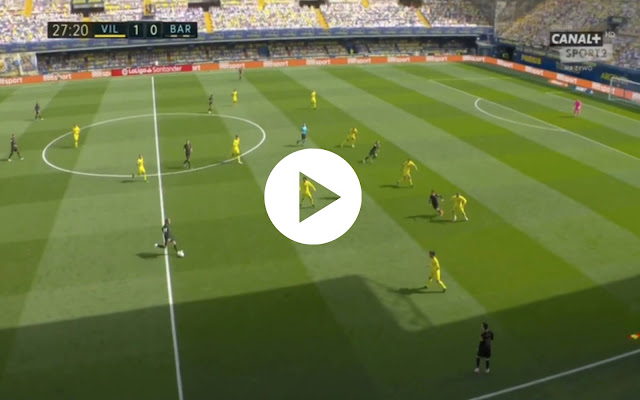 Just seconds after Villarreal stormed into the lead against Barcelona owing to a disastrous mistake from Jordi Alba, Oscar Mingueza and Antoine Griezmann combined to secure an instant equaliser.

21-year-old Mingueza picked up the ball soon after the restart, before showing in no uncertain terms that he’s a product of the Barcelona academy by looking up and floating over a dangerous pass.

Mingueza’s lovely ball in behind completely split the Villarreal defence as it dropped in between Pau Torres and Raul Albiol, leaving Antoine Griezmann to latch onto the ball and show killer instinct.

Griezmann didn’t even take a touch as the ball landed in the wide areas of the box, as the Frenchman effortlessly lobbed the ball into the net with a wonderful first-time strike.

The big-money attacker has really been on a tear since the turn of the year, following a difficult first 18 months in Catalonia.

Ronald Koeman will be delighted with the side’s reaction after some sloppy defending offered Villarreal hope of an upset.