There have been a variety of coping mechanisms for football fans this week, but one of the more unexpectedly funny ones came on Twitter as o... 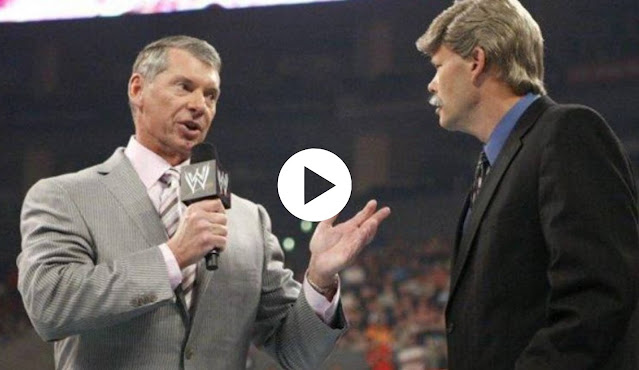 There have been a variety of coping mechanisms for football fans this week, but one of the more unexpectedly funny ones came on Twitter as old wrestling clips were adapted into potential storylines for the ESL.

There are calls for a lot of owners to leave their clubs tonight and Arsenal’s Stan Kroenke is one of them, while he’s also been left looking stupid and incompetent by the reaction and subsequent collapse of the league.

An old promo from WWE owner Vince McMahon took aim at Kroenke for being a useless businessman, and the words seem especially relatable tonight:

It’s not often I think Vince McMahon is correct about something, but holy moly, was he right about Stan Kroenke? pic.twitter.com/lRfmGSUVtm

This relates to Kroenke going back on an agreement with WWE in the past because he had such little faith in the Denver Nuggets that he rented out their stadium on the night that the NBA play-offs were due to be played.

Kroenke tried to bury it as much as he could but McMahon dragged it out with various promos over the weeks, and it shows his incompetence runs back many years.