In the 63rd minute of this evening’s Premier League tie between Arsenal and Liverpool, Mohamed Salah knocked the ball out to Trent Alexander... 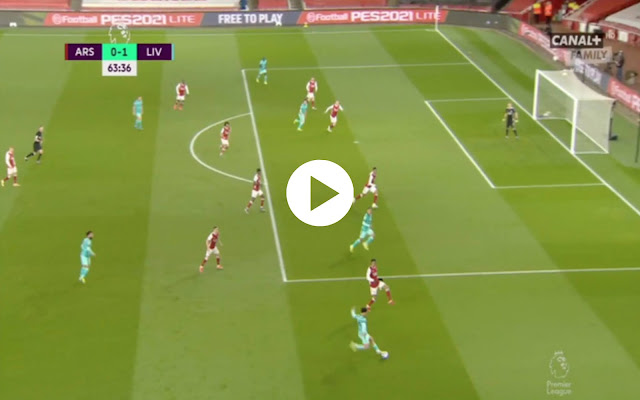 In the 63rd minute of this evening’s Premier League tie between Arsenal and Liverpool, Mohamed Salah knocked the ball out to Trent Alexander-Arnold on the wing.

The right-back punished the relatively large space left as a result of Pierre-Emerick Aubameyang being his marker as he floated a dangerous cross into the box.

It found its way to the far post after Rob Holding couldn’t reach the ball with a header attempt. Diogo Jota punished the Gunners as he occupied the space between Holding and Calum Chambers.

The Portuguese star steered the ball into the back of the net with a powerful header, which actually resulted in Chambers receiving medical treatment.

This marks another wonderful headed goal for Jota, who only recently returned from injury. After this, this and this whilst away with the Portugal national team.

What a cross from Alexander-Arnold! Liverpool take the lead!

Liverpool thoroughly deserve to be in the lead, Jurgen Klopp’s men have been the much better side in a respectfully dull encounter until now.