In the 84th minute of this afternoon’s Premier League tie between Newcastle United and Tottenham Hotspur, Allan Saint-Maximin sparked an opp... 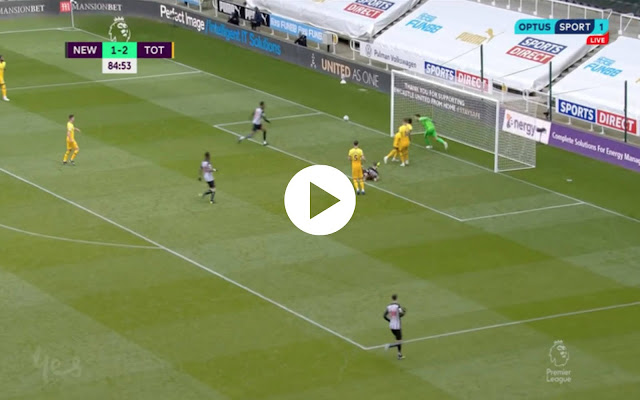 In the 84th minute of this afternoon’s Premier League tie between Newcastle United and Tottenham Hotspur, Allan Saint-Maximin sparked an opportunity after some tricker to beat Heung-Min Son.

Saint-Maximin immediately sent the ball out to the left flank after leaving Son stuck in the mud, Matt Ritchie took a touch before floating a ball in to the far post.

Joelinton was no match for Sergio Reguilon in the air as the ball was headed across the middle of the area, Miguel Almiron saw his effort blocked, so the ball spilled out.

Joe Willock was rewarded for his persistence in continuing his run into the box as the ace popped up at the back post and smashed the ball into the back of the net.

Willock only entered the field in the 79th minute for full-back Emil Krafth, with the Gunners academy graduate’s strike coming immediately after Harry Kane hit the post and just missed out on a hat-trick.

Joe Willock is in the right place at the right time! ⚽

The man on loan from Arsenal scores against Tottenham!

This is Willock’s second Premier League goal since joining the Tyneside outfit on loan. Of the midfielder’s eight top-flight outings for the Magpies to date, this is the only he started on the bench.

So a handy moment to stun his rivals Spurs and also one that sends a message to Steve Bruce.