In the 26th minute of this evening’s primetime Premier League tie between Manchester United and Brighton, the Red Devils almost fell further... 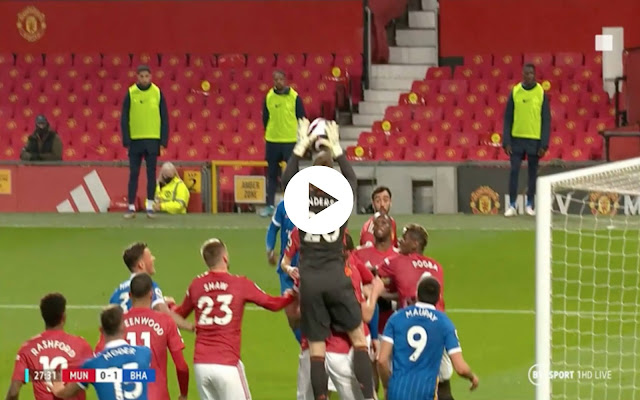 In the 26th minute of this evening’s primetime Premier League tie between Manchester United and Brighton, the Red Devils almost fell further behind as a result of an individual error.

Pascal Gross caused all sorts of trouble with a corner whipped into the six-yard area from the right flank, Dean Henderson rose to claim the ball – and seemed to have done – before dropping it.

The ball bounced off of the massive Harry Maguire, bundling around in a dangerous area, but thankfully for the Red Devils only one Brighton player was remotely close to the ball and a calamity was avoided.

This comes on the same day that the media broke rumours that the club are ready to do away with David de Gea in the summer, per the Mirror, in a move that will certainly cost them a pretty penny.

Whole team look not quite at the races here.

Lucky escape there for Henderson... Dropped it...

Lack of concentration and focus

If Degea leave we are finished. Save this tweet.
Henderson ain't on that level to be a Man Utd Number one