Borussia Dortmund were robbed of a goal in the first-half of their Champions League quarter-final clash with Manchester City. There’s no two... 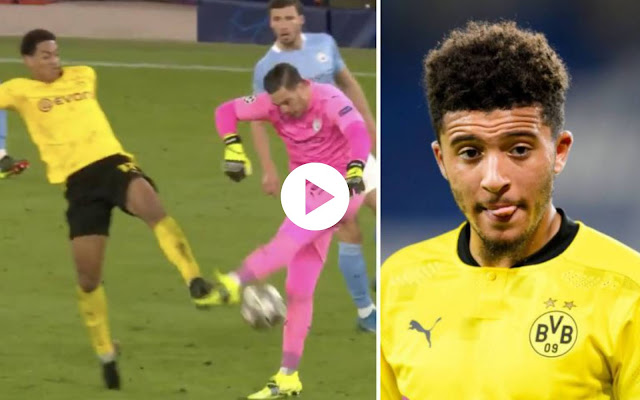 Borussia Dortmund were robbed of a goal in the first-half of their Champions League quarter-final clash with Manchester City. There’s no two ways about it.

We’ve seen some quite dreadful officiating in the Champions League over the years, with Chelsea fans not needing reminding of what Tom Henning Ovrebo did to them during THAT game against Barcelona at Stamford Bridge.

This one might just take the biscuit, though, with Dortmund having scored a perfectly good away goal against the Premier League champions-elect, and Jude Bellingham getting booked for it.

You’ll have to see the incident for yourself to understand what we’re talking about. It’s a baffling decision from the referee, especially to have blown before the ball was in the back of the net.

Jude Bellingham has the ball in the back of the net vs. Man City... but the referee says no!

The teenager robbed Ederson of the ball, but play was pulled back for a foul. @jjenas8 thinks the hosts got away with one there... 😬 pic.twitter.com/hYLhvQojxX

The commentary is spot on there – it’s either a Dortmund goal or a Dortmund free-kick, we’ve absolutely no idea how the referee has adjudged that to be a yellow card for Bellingham.

Jadon Sancho is just as confused as the rest of us.