Video: Double nightmare for West Ham as Diop scores avoidable own-goal and Craig Dawson is sent off against Newcastle

In the 35th minute of this afternoon’s Premier League encounter between relegation battlers Newcastle and Champions League hopefuls West Ham... 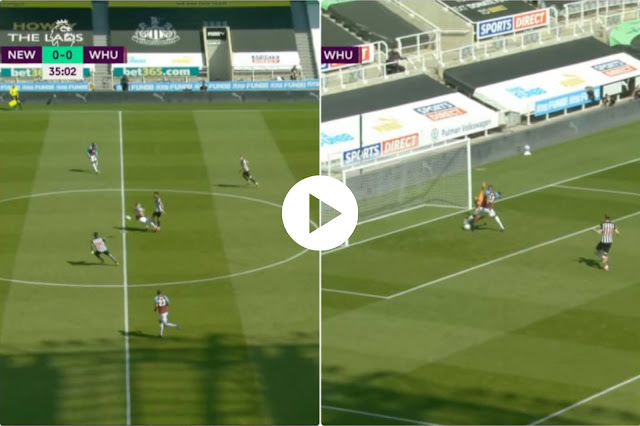 In the 35th minute of this afternoon’s Premier League encounter between relegation battlers Newcastle and Champions League hopefuls West Ham, the East London outfit crumbled with some big mistakes.

Centre-back Craig Dawson forced himself into a reckless slide tackle with a horror touch on the halfway line, with the already booked loanee absolutely cleaning out Joelinton.

The ball still found its way to Newcastle live-wire Allan Saint-Maximin and West Ham hero Mark Noble had absolutely no chance as he tried to defend the attacker, being turned inside and out several times.

Saint-Maximin fired off a pretty lax shot from a difficult angle, it looked to be a simple save for Lukasz Fabianski, but Issa Diop intervened and turned the ball into the back of his own net.

With one centre-back scoring an own-goal, it was a double defensive nightmare once the play was over as Dawson was rightfully shown his second yellow card and sent off.

What a disaster for West Ham! It's a double blow for the Hammers...

If David Moyes’ side aren’t able to at least salvage a point in a second-half comeback, they face the very real possibility of falling out of their Champions League spot once the game-week is completed.