Edinson Cavani has scored to give Manchester United the lead over Tottenham. Cavani thought he’d got the opening goal in the first-half, hav... 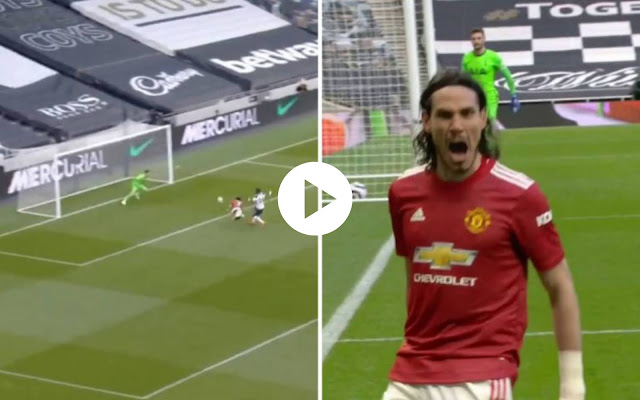 Edinson Cavani has scored to give Manchester United the lead over Tottenham.

Cavani thought he’d got the opening goal in the first-half, having finished cooly and found the back of the net.

However, after a VAR review, Scott McTominay was adjudged to have fouled Heung-min Son in the buildup.

It was soft, so Cavani would understandably feel aggrieved, but a striker of his calibre would only ever become more motivated to score after being wronged.

After some quite brilliant Man United buildup play, including a Bruno Fernandes nutmeg and a sweet Mason Greenwood delivery into the penalty area, Cavani found himself with a yard of space and the ball coming his way.

Cavani, quite simply, doesn’t miss these kind of opportunities, heading into the bottom corner of Hugo Lloris to put right the VAR mistake earlier in the game and giving Man United the lead.

This is absolutely stunning football from Man United.

Man Utd have turned it around away from home once again! 🔴