ESPN commentator Fernando Palomo has produced one of the strangest pieces of commentary we’ll ever hear to describe the ‘aim’ of Chelsea sta... 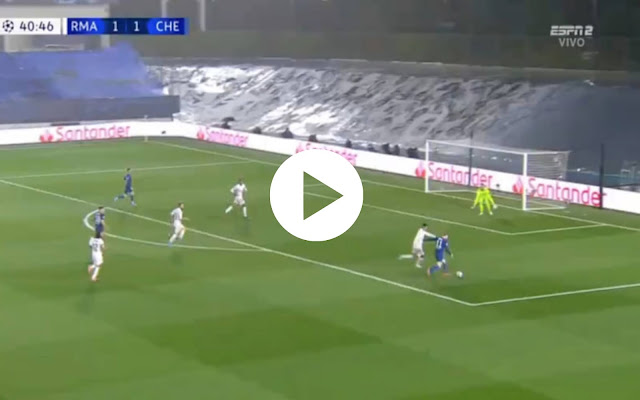 ESPN commentator Fernando Palomo has produced one of the strangest pieces of commentary we’ll ever hear to describe the ‘aim’ of Chelsea star Timo Werner after a well wide miss against Real Madrid.

In the 40th minute of this evening’s Champions League semi-final clash between the two heavyweights, Werner had the ball on the right side of the box.

Werner fired an effort well wide of goal as Raphael Varane slid in, leading Palomo to suggest that the 25-year-old has the ‘aim’ of a ‘stormtrooper’ – in a very unexpected reference to the Star Wars franchise.

Of course the Stormtroopers have also suffered some massive misses on the big stage, were this not to be the case, we’d find that Star Wars films would end a lot sooner and there’d be no sequels.

Some viewers of the match were left in absolute fits of laughter by Palomo’s assessment:

Werner really is a frustrating player to watch, the Germany international always looks a constant threat to the opposition with his well-timed and electric runs, but has really struggled with finishing this season.

Considering the difficult angle Werner found himself in during this moment, unlike the blunder earlier on which Chelsea fans will have become all too accustomed to, as well as the pressure from Varane, Palomo’s comments were pretty harsh.

But perhaps it was an overall assessment from the ESPN man on the Chelsea striker rather than one solely relating to this chance.