Leeds United and Liverpool fans staged a protest outside Elland Road this evening, with the ESL-backing Liverpool paying them a visit in t... 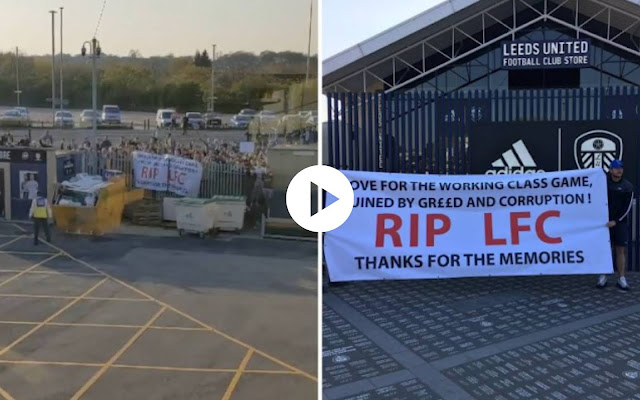 Leeds United and Liverpool fans staged a protest outside Elland Road this evening, with the ESL-backing Liverpool paying them a visit in the Premier League.

Liverpool are one of 12 of Europe’s biggest clubs, six of which play their football in the Premier League, who have signed up to the European Super League concept, a breakaway from the Champions League, which threatens to shut the door in the face of their smaller competitors.

It goes against everything that Liverpool Football Club stands for, everything that Bill Shankly built, and as you probably could’ve guessed, it’s been met with a great deal of contempt.

Liverpool, heading to Leeds tonight in what could be an important fixture in their bid to qualify for a Champions League competition that they may well not even be a part of, have already been given a taste of what’s to come if they continue to pursue this vision.

Have a look at these videos of Leeds fans, gathering outside Elland Road, letting the champions of England know exactly what they think about the European Super League proposition.