Video: Harry Maguire weak in the air as Man United are immediately pegged back against Burnley

Burnley struck back almost immediately against Manchester United, with Harry Maguire too weak to deal with the aerial challenge of James Tar... 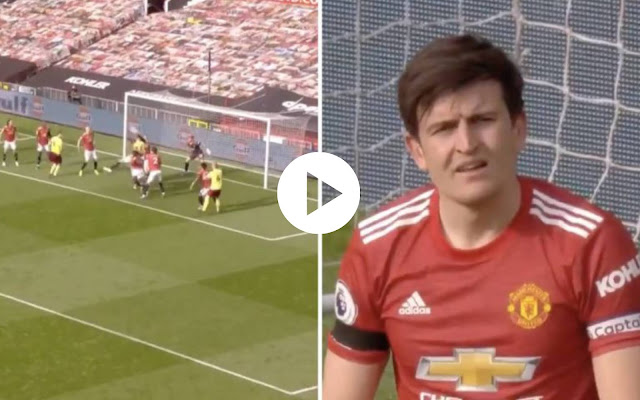 Burnley struck back almost immediately against Manchester United, with Harry Maguire too weak to deal with the aerial challenge of James Tarkowski.

Man United had taken the lead at Old Trafford just a matter of minutes before Tarkowski put the ball in Dean Henderson’s net, with Mason Greenwood firing home to finish off a quite sublime team move from Ole Gunnar Solskjaer’s men.

The Red Devils appeared to completely switch off having scored the goal, as Burnley, who are a threat from set-pieces, drew the scores level, with James Tarkowski the man rising high to head into the back of the net.

James Tarkowski beats Harry Maguire in the air to nod in the equaliser for Burnley! 🍷

Tarkowski had the momentum and the jump on Maguire, but the United skipper had to be stronger in that area of the penalty box, else he will have known he’d be gifting a goal to the Clarets.

Ultimately, he found himself caught under the ball and under Tarkowski, with Man United now under pressure to get a second goal and the three points on their home turf.