USA Today writer Andrew Joseph shared the moment that Chelsea star Christian Pulisic suffered an injury trouble that left him needing to be ... 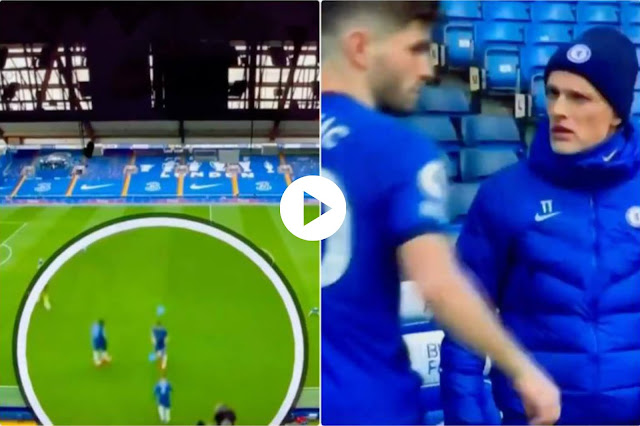 USA Today writer Andrew Joseph shared the moment that Chelsea star Christian Pulisic suffered an injury trouble that left him needing to be pulled off against West Brom.

Joseph noticed that the NBC Sports cameras picked up the worrying moment which piles on the frustration and misery after a shock 5-2 defeat for the Blues against nailed-on relegation candidates.

The footage shows that Pulisic reeled off a 10-yard sprint as the team returned for the second-half of action, but the American superstar ended up pulling up in what appears to be a hamstring concern.

Pulisic headed straight back to the dugout, with boss Thomas Tuchel absolutely shocked by the unlucky moment which left the German replacing the rapid winger with Mason Mount.

NBCSN had footage of what happened with Pulisic’s sub at half. He ran 10 yards to a cone, complained about his hamstring and Tuchel did not look happy about it pic.twitter.com/TtSeb7BbP7

Pulisic has been largely used in a substitute role for Chelsea since Tuchel replaced Frank Lampard, the ace made the most of the starting chance by scoring the opener, but the day ultimately ended poorly.

It’s proven to be a real all-around disastrous day for the Blues then.