A lot of players who play against Argentina and Barcelona are looking for Lionel Messi’s shirt afterwards. Scott McTominay was lucky enoug... 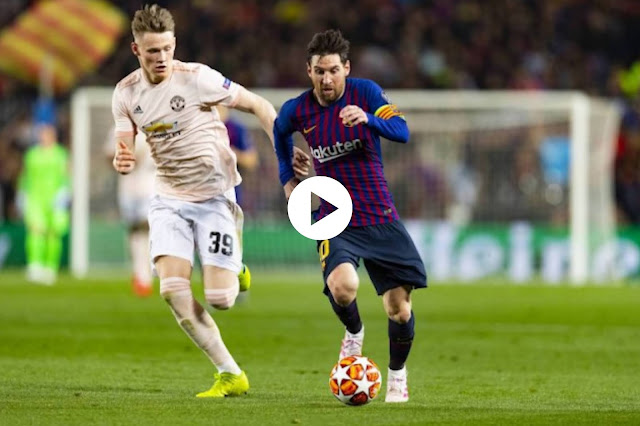 A lot of players who play against Argentina and Barcelona are looking for Lionel Messi’s shirt afterwards.

Scott McTominay was lucky enough to bag one when United were beaten 1-0 by Barcelona in the 2018/19 Champions League.

An own goal from Luke Shaw gave the game to Barcelona and during the match Chris Smalling left his mark on Messi.

The Argentina star was left with a bloody nose after the incident and refused to give McTominay his shirt after the full-time whistke, believing it was the Scotland international who floored him.

Sergio Romero jumped in to save the day, explaining to his international team-mate that it wasn’t McTominay who had inflicted the pain. It was Smalling.

McTominay revealed this story during an exclusive interview with ESPN when he was asked to name the best player in the world.

“So, whenever we played against him for Barcelona [2019], Chris Smalling elbowed him and he’s got blood coming out of his nose. And he thought it was me.

“Because I said to Sergio Romero, ‘please can you ask Messi to get his shirt?’

“Sergio comes back in and said, ‘Oh, he thinks you were the one who elbowed him on the halfway line’. I said, ‘No, no, no,no – tell him it wasn’t me, so make sure I get that shirt because that’s going in my bedroom’. So he knows it wasn’t me now.

“Sorry Chrissy, but he was the one who roughed him up a bit.”