Manchester City have drawn level with Aston Villa through Phil Foden. Pep Guardiola’s men found themselves a goal down with just 20 seconds ... 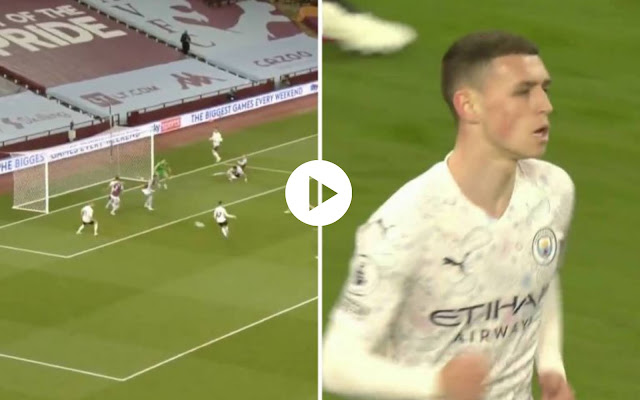 Pep Guardiola’s men found themselves a goal down with just 20 seconds on the clock.

A fine finish from Scotsman John McGinn beat Ederson and stunned the champions-elect.

However, you’d expect that Man City would not be phased by the position that they found themselves in.

Guardiola’s men are cool customers, and their quality shone through eventually.

After a long ball from Ederson, and some smart build-up from City, Foden found himself with an opportunity at goal.

The 20-year-old has come of age this term, with his final ball becoming more and more polished as the weeks pass.

There was zero prospect of him missing from here, and he didn’t.

Man City are genuinely at risk of allowing Man United back into the title hunt, so can’t afford to drop points tonight.

Villa’s opener was a freak goal, so early in the game. You’d expect normal service to be resumed now.

What a goal from #MCFC!

Pep Guardiola's side are level and it's pure quality from Phil Foden!