Jurgen Klopp, speaking ahead of Liverpool’s clash with Leeds United this evening, has given his take on the proposals for the European Sup... 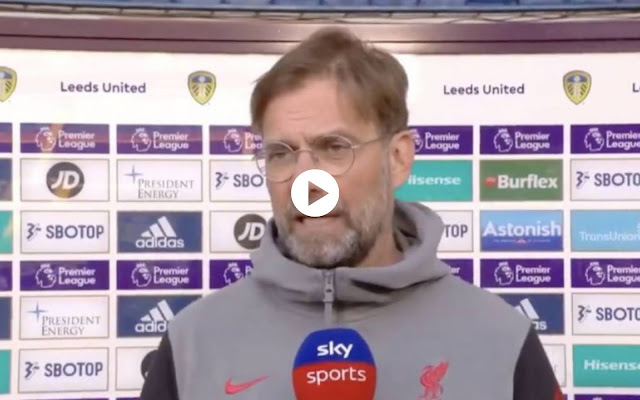 Jurgen Klopp, speaking ahead of Liverpool’s clash with Leeds United this evening, has given his take on the proposals for the European Super League.

Klopp, as reported by the Liverpool Echo, had already previously made his thoughts known on the possibility of a European Super League coming to fruition – and he made it abundantly clear that he was against it.

Unfortunately for the German, as has dominated the front and back pages over the past 24 hours, it has materialised, with all of the Premier League’s Big Six signing up to be a part of the self-governed, money-motivated European Super League.

Klopp will be furious that the news has filtered through on the eve of a potentially pivotal Premier League fixture, but there’s bigger fish to be fried, with our game, which is also Jurgen’s game, at risk of being ruined by a group of deluded billionaires.

Speaking to Sky Sports ahead of tonight’s game against Leeds, Klopp confirmed that he remains AGAINST the idea of a European Super League and AGAINST the possibility of clubs not having to earn their place in it. This is quite the interview.

🗣 "My opinion didn't change, I heard first time about it yesterday."

Jurgen Klopp was asked about Liverpool's inclusion in the 'European Super League' and his comments he made in 2019 pic.twitter.com/WQQiRaZjzv