Real Madrid are running riot against Cadiz, with Karim Benzema scoring the European Super League founders’ third goal of the night – and it’... 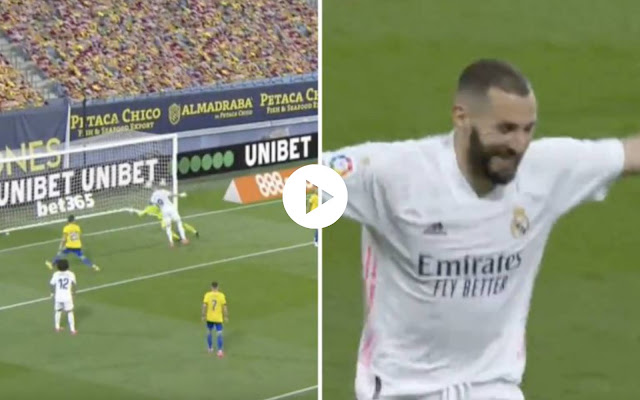 Real Madrid are running riot against Cadiz, with Karim Benzema scoring the European Super League founders’ third goal of the night – and it’s not even half-time.

Zinedine Zidane’s men are seriously depleted at current, with injuries and suspensions having disrupted the selection process over recent weeks, particularly since the end of the most recent international break.

Considering all of the recent drama relating to the European Super League, with president Florentino Perez having gone on Spanish TV to discuss it, you’d have to imagine the squad have been distracted in the build-up to this game, too.

They could’ve fooled us, though, as Karim Benzema’s glancing header from a strike towards goal from Casemiro landing in the back of the net to make it 3-0 to Real Madrid before the half-time break.

On paper, this is a Real Madrid side that Chelsea fans probably wouldn’t be particularly fearsome of, but when you have players of Benzema’s calibre on the field of play, you’re always going to pose a threat to the opposition.