Kelechi Iheanacho, the Premier League’s most in-form player at current, has scored an absolute stunner against Crystal Palace. Leicester Cit... 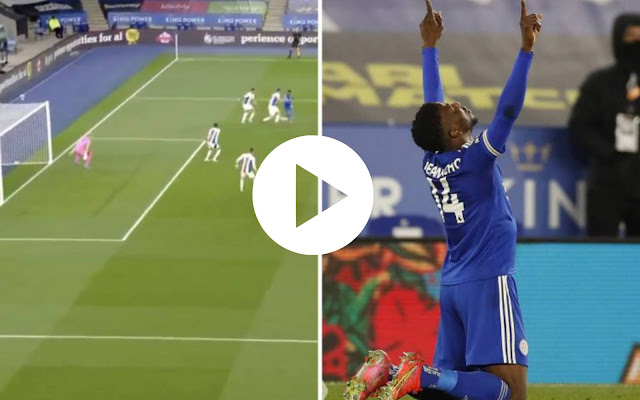 Kelechi Iheanacho, the Premier League’s most in-form player at current, has scored an absolute stunner against Crystal Palace.

Leicester City are in third place at current and headed into tonight’s game knowing that a victory would considerably strengthen their position when it comes to qualifying for the Champions League.

After Wilfried Zaha opened the scoring early in the first-half, you wondered if it was going to be one of those games for Leicester, who have continually faltered on home soil this campaign.

Timothy Castagne’s superb finish soon after the half-time break levelled the scores, but Brendan Rodgers will have been well aware that a point would not be good enough.

Thankfully for the Leicester boss, he has Kelechi Iheanacho, in the midst of the purple patch to rival all purple patches, leading his forward line.

Iheanacho kept himself onside, brought the ball under control before firing an absolute thunderbolt into the back of the net. What a player!

Kelechi Iheanacho looks to have won it for Leicester