In the 22nd minute of this evening’s La Liga encounter between Barcelona and Granada, the Blaugrana took the lead after some sheer inspirati... 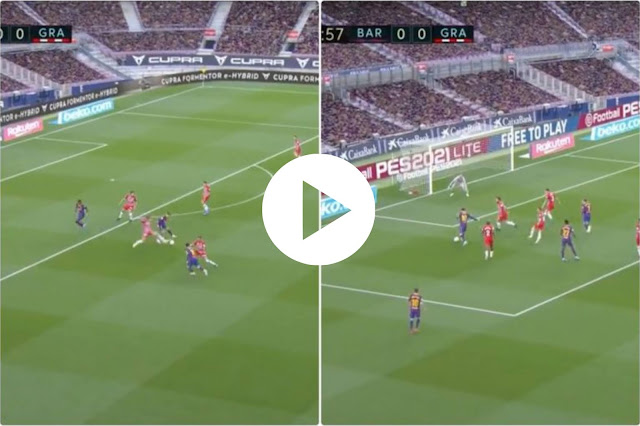 In the 22nd minute of this evening’s La Liga encounter between Barcelona and Granada, the Blaugrana took the lead after some sheer inspiration from Antoine Griezmann and a finish from Lionel Messi.

Messi picked the ball up in the final third and played it in towards Antoine Griezmann, who span away from a helpless Granada player with a silky half-roulette turn.

Griezmann quickly slipped it back to the overlapping Messi and the all-time great composed himself and drilled the ball into the bottom corner with a fine finish.

This may well turn out to be a delightful day for Barcelona and their fans, the strike comes hours after Messi pledged his desire to stay, fires the side to the top of the table and continues the fine vein of form that Griezmann has been in.

A big night for Barcelona and, of course, Lionel Messi delivers! 🙌

That's his 26th of the season in LaLiga 🔥

Lovely play with Griezmann in the build-up 😍 pic.twitter.com/79zaRdARSD

This evening’s tie is absolutely crucial, a win fires them to the front of the La Liga title race, and rivals Atletico Madrid no longer hold any games in hand.