Video: Liverpool on the wrong side of VAR as equalising Firmino goal is disallowed for contentious elbow VAR offside decision against Aston Villa

During stoppage-time of the first-half of action between Liverpool and Aston Villa in this afternoon’s Premier League tie, the Reds thought ... 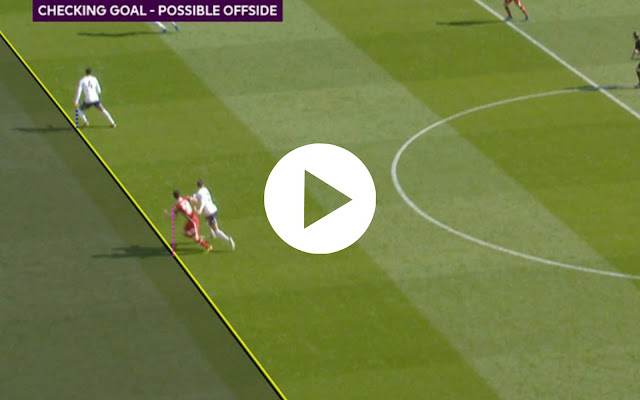 During stoppage-time of the first-half of action between Liverpool and Aston Villa in this afternoon’s Premier League tie, the Reds thought they were level after Roberto Firmino put the ball into the net.

Jota played a lovely pass into the box after the ball was launched forward, seeing Andy Robertson have a shot blocked, that was spilled out into the path of Firmino.

The Brazilian took a touch before rifling the ball into the net, but the celebrations were cut short when the Video Assistant Referee (VAR) was called into action.

Jota was ruled to have been offside in the build-up to the crucial leveller for Jurgen Klopp’s underperforming side, with the Portuguese star’s elbow just offside when stacked next to Ezri Konsa.

After a lengthy deliberation, Liverpool's goal is ruled out. Correct decision? 😬

Roberto Firmino's equaliser for Liverpool is ruled out after Diogo Jota was deemed offside in the build-up#LIVAVL pic.twitter.com/R2EQzeuznJ

It doesn’t seem like there will ever be football without a system like VAR, so a total end to the method is out of the question, but how exactly should they change the rules in regards to offside calls?