With just a minute left in this evening’s Premier League clash between Manchester United and Brighton, captains Harry Maguire and Lewis Dunk... 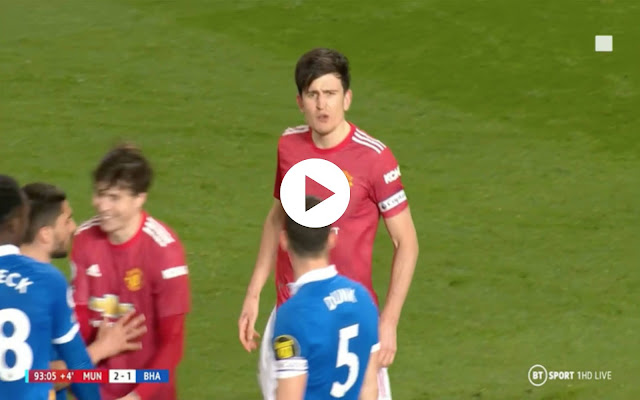 With just a minute left in this evening’s Premier League clash between Manchester United and Brighton, captains Harry Maguire and Lewis Dunk squared off in a brief little clash to inject some fire into the tie.

After a decision by Mike Dean, Maguire and Dunk appeared to exchange some unpleasant words, with the camera angles used showing a very infuriate United skipper.

Maguire continued to fire off some words at Dunk, it would be interesting to hear what was said between the two England teammates, but both sets of players soon got in between to fizzle out the drama.

Referee Dean then pulled the two skippers back, giving them a lecture before sending them on their way.

There didn’t seem to be a handshake between the pair after the incident, maybe there was down the tunnel, we’ll never know. Maguire’s face after the fact suggested that nothing was patched up.

There’s some other moments that United fans will absolutely love from the brief encounter, notably Luke Shaw pushing Dunk away with a stern two-hand shove, whilst Scott McTominay restrained the Seagull.

Dunk made has just been in the one England camp with Maguire, back in October of 2018, but the Brighton man did win his debut when the latter was injured for the next international break.