There was a heartbreaking moment in the 39th minute of last night’s Portuguese Premier League clash between leaders Sporting Lisbon and More... 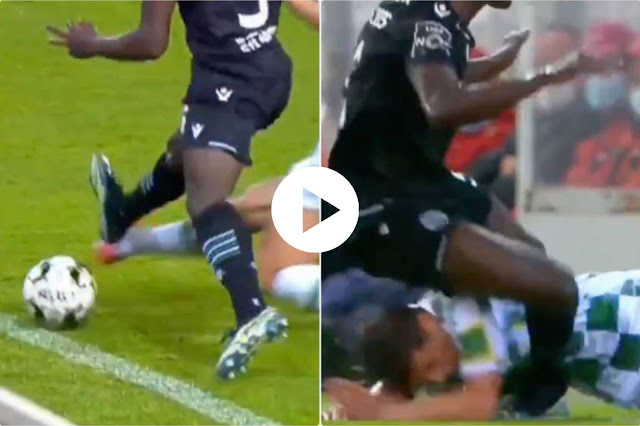 There was a heartbreaking moment in the 39th minute of last night’s Portuguese Premier League clash between leaders Sporting Lisbon and Moreirense.

Promising left-back Nuno Mendes was cut down in a challenge from midfielder Goncalo Franco, replays appear to show the 18-year-old talent’s lower leg or ankle snapping in a nasty moment.

According to Sport Witness via Portuguese publication Record (subscription required), Manchester United are keen on the ace, and have sounded out a player-plus-cash move to beat rivals City to a deal.

Mendes broke into Sporting’s first-team during the summer restart last season and hasn’t looked back since, picking up illustrious suitors along his 36 appearances for the senior side so far.

Nuno Mendes the #Portuguese wonderkid who is being scouted by the biggest clubs in Europe suffers a horror injury tonight against #Moreirense #NunoMendes #Portugal #SportingLisbon #NunoMendesInjury #CSXSports pic.twitter.com/cE085Kgqp2

We’re all hoping that Mendes isn’t in the same amount of pain right now, and praying that this is something that doesn’t wreck the chances of a life-changing transfer for the exciting prospect.