Manchester United fans continued their protests against the Glazer family’s ownership of the club by flying a banner over Leeds’ Elland Ro... 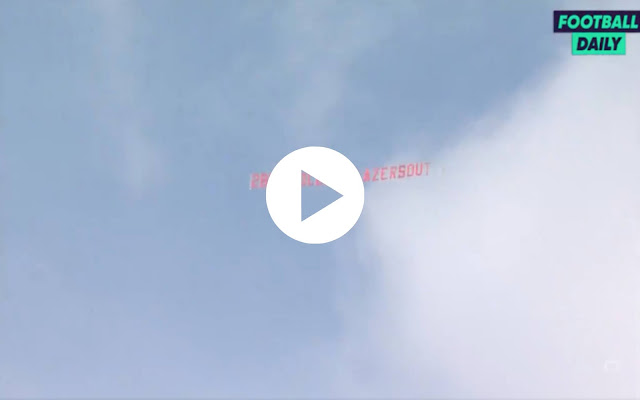 Manchester United fans continued their protests against the Glazer family’s ownership of the club by flying a banner over Leeds’ Elland Road ahead of this afternoon’s clash.

Less than 24 hours after an American flag was controversially burnt by United supporters during a demonstration at Old Trafford, the fanbase have organised for a plane to send out a similar message.

Ahead of the Premier League encounter against historic rivals Leeds, a plane was flown over Elland Road with a banner reading ‘2bn stolen #GlazersOut’.

The United ownership have seen outrage from fans in relation to their decision to sign up as founding members of the quickly defunct European Super League, which threatened English football massively.

Manchester United fans continue their protests against the owners by flying a banner over Elland Road pic.twitter.com/sa82bpZDcl

🚨 JUST IN: A plane was spotted flying over Elland Road with the message — "2BN STOLEN #GlazersOut" #mufc #mujournal pic.twitter.com/RxPcy5ndkP

Pictures from Samuel Luckhurst, Sky Sports via Football Daily and the United Journal.

The Glazers already seemed to be frowned upon by large sections of the fanbase but the greedy European Super League decision has effectively turned the entire following against the ownership.