In the 91st minute of Manchester United’s win against Burnley on Sunday, Paul Pogba harshly found himself on the back of some unfair comment... 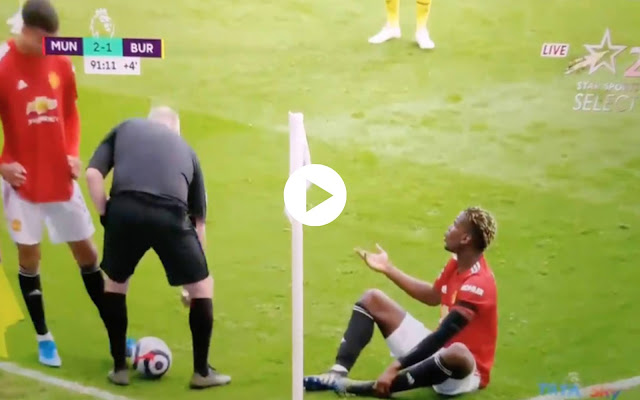 In the 91st minute of Manchester United’s win against Burnley on Sunday, Paul Pogba harshly found himself on the back of some unfair comments from referee Jon Moss after being fouled.

Pogba was put down with some choice words from the lead match official after he was flung to the floor by a shove from Ashley Westwood as he was being grappled by Charlie Taylor.

The Manchester United will be delighted to see that one of their own actually got some revenge for his teammate immediately after, as Mason Greenwood poked the ball through Moss’ legs.

Moss didn’t appear to notice the hilarious moment, as he was bent over spraying the lines for the Red Devils’ free-kick.

Don't let all this esl talk talk make you forget that Mason Greenwood scored a brace and did this to the ref two days ago pic.twitter.com/htqvXzOvab

Greenwood also got himself two goals on the day, helping Ole Gunnar Solskjaer’s side break free from a 1-1 scoreline with just 10 minutes to spare and seal a 3-1 victory.