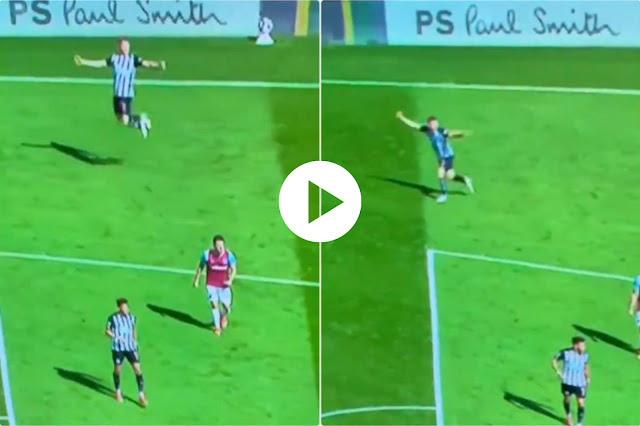 In the 81st minute of this afternoon’s thrilling Premier League encounter between Newcastle United and West Ham, Joe Willock turned super-sub in his second consecutive appearance to secure points.

Just like it went against Willock’s sworn rivals Spurs a couple of weeks ago, Matt Ritchie floated a dangerous cross into the box that was headed in by the 21-year-old.

What some fans might not have realised is that the moment against West Ham played out in the exact same way as it did against Tottenham, as Ritchie produced an identical reaction as the cross went in.

Ritchie, who also assisted Joelinton’s goal earlier in the tie with his fantastic delivery, jumped into the air as he sent the cross in to Willock, complete with heading the Northern air like he did against Spurs.

Scotsman Ritchie is clearly one of the most passionate players in the Newcastle squad, and has shown as much for some time now, it’s a surprise to see he’s hasn’t been honoured with the captain’s armband.

Ritchie and Willock are becoming quite the duo, Steve Bruce may want to start the Gunners loanee from now on to produce even more moments like this.