Ousmane Dembele has done it. In the 90th minute of Barcelona’s clash with Real Valladolid, the winger has struck to ensure that Ronald Koema... 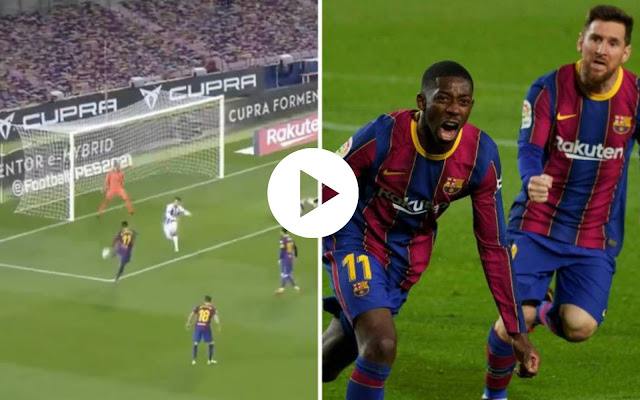 Ousmane Dembele has done it. In the 90th minute of Barcelona’s clash with Real Valladolid, the winger has struck to ensure that Ronald Koeman’s men would be taking all three points.

With Atletico Madrid having lost to Sevilla this weekend, Barca headed into tonight’s game knowing that a victory would see them close the gap on the leaders to just one point.

Considering the weakness Atleti have shown since the turn of the year, and the fact that Diego Simeone’s men still have to visit the Nou Camp, Ronald Koeman would surely fancy his chances if the deficit was cut to such an extent.

With Barcelona having been frustrated for 90 minutes against Real Valladolid, in a game which was expected to be a comfortable victory for the home side, Dembele popped up with the goal to secure Barca the three points.

What a huge moment this could prove to be in the race for the title.

Barca get a late breakthrough and look set to pick up a colossal win in the LaLiga title race 🔵🔴 pic.twitter.com/4nx3KdldDW