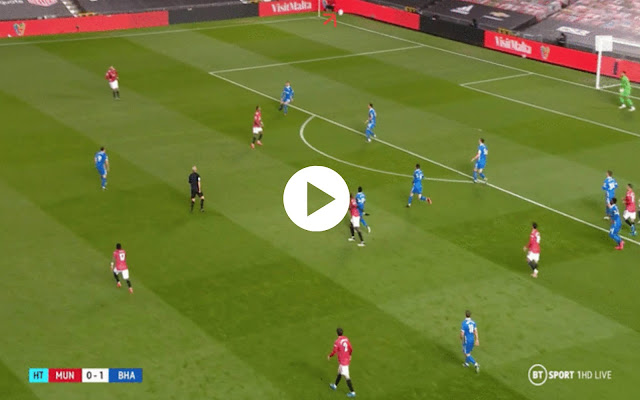 The BT Sport pundits, Manchester United legend and ex-Brighton star Steve Sidwell, picked apart the inaccurate passing from the Red Devils in the first-half against the Seagulls.

Superstar Paul Pogba was one of the shakiest performers for the Red Devils in the opening 45 minutes of play, highlighted by the woeful pass he made that gifted Brighton the ball before they scored.

As a highlights reel of all the team’s misplaced passes was playing during the halftime analysis, Sidwell noticed one horrifically executed audacious attempt from Pogba.

Bruno Fernandes poked the ball across to the ace in the final third, Pogba then attempted to fire a volley pass out wide, but instead, the pass was well wayward and floated straight into Pascal Gross.

Sidwell stated that it was the kind of pass that would be hailed as a ‘worldie’ if it came off, but that certainly wasn’t the case.

Here is some of what Sidwell had to say on the sloppy United passing:

“Percentage balls aren’t they, we were talking during the game (with Ferdinand), this is where you’ve got to probe, be a bit clever. That there, Pogba, that’s like a worldie half-volley if it comes off.”