Video: Paul Pogba gives the ball away awfully and Man United fall behind to ex-star Danny Welbeck as Brighton score

In the 12th minute of this evening’s marquee Premier League encounter between Manchester United and Brighton, the Seagulls were gifted an op... 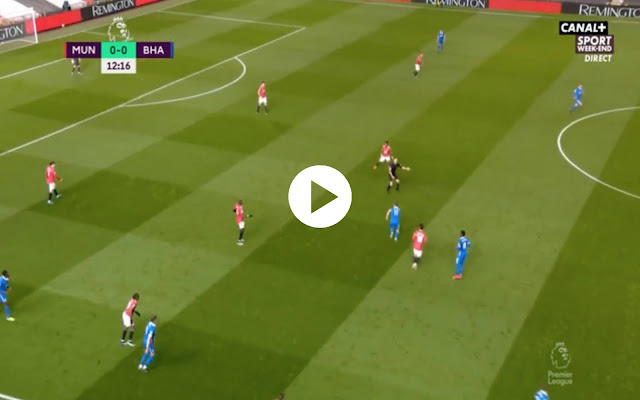 In the 12th minute of this evening’s marquee Premier League encounter between Manchester United and Brighton, the Seagulls were gifted an opportunity to create a chance.

Superstar Paul Pogba slotted the ball right into the path of Leandro Trossard with a reckless pass after receiving the ball from Bruno Fernandes, with the Belgian immediately firing it out wide.

Pascal Gross slipped Neal Maupay down the flank, the Frenchman launched a cross into the box, which was met by a header from former Manchester United star Danny Welbeck.

Another academy graduate in Dean Henderson did brilliantly to keep out the effort, but Welbeck reacted very quickly to steer the ball into the back of the net with a rebound header.

Welbeck scores on his return! 🙌

Henderson does well to stop the first effort, but there's no stopping the second 💪

Had to be that guy! 😅 pic.twitter.com/8Xkb4MRF6g

Aaron Wan-Bissaka didn’t appear in that good a light in this moment, having been absolutely dominated in the air by Welbeck.

A nightmare start for Ole Gunnar Solskjaer’s side, the Brighton midfield may be relentless with their pressing on Pogba after this sloppy mistake as well.