Villarreal midfielder Manu Trigueros was sent for an early bath during his side’s clash with Barcelona for a shocking tackle on Lionel Messi... 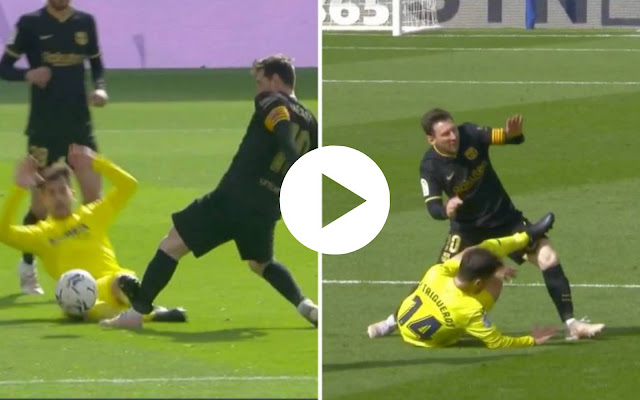 Villarreal midfielder Manu Trigueros was sent for an early bath during his side’s clash with Barcelona for a shocking tackle on Lionel Messi.

When Villarreal took the lead after 26 minutes, you wondered if Unai Emery’s men could be set to cause an upset, throwing a spanner in the works when it comes to determining this year’s winner of La Liga.

However, a brace from Antoine Griezmann, one of which was gifted to him by Tottenham loanee Juan Foyth, was enough to get Ronald Koeman’s men over the line.

As Villarreal struggled to get themselves back into the contest, frustrations were building, and eventually, they boiled over.

Manu Trigueros, who plays in the middle of the park for Villarreal, unleashed all of his frustration onto Lionel Messi. Trigueros’ challenge was wild and dangerous, leaving Messi in a heap, and earning the once La Masia academy player a red card.

Thankfully, no lasting damage was done to Messi.

It's a straight red card for Manu Trigueros! 🟥

An absolute horror tackle on Lionel Messi, who is thankfully now back on his feet 🙏 pic.twitter.com/yeOPFIWRwk