In the 82nd minute of this evening’s Premier League clash between Manchester United and Brighton, Luke Shaw sent Bruno Fernandes through wit... 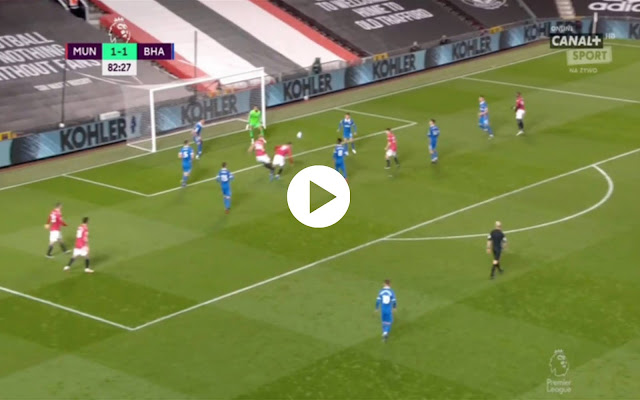 In the 82nd minute of this evening’s Premier League clash between Manchester United and Brighton, Luke Shaw sent Bruno Fernandes through with a wonderful outside-foot pass.

Fernandes pulled off a little dummy before facing up his man and floating a cross into the far end of the box, it was met by Paul Pogba, who produced another volley attempt.

Just like the one mentioned below, it didn’t go quite to plan for the Frenchman, but that worked out of the better, it bounced into the path of Mason Greenwood, who dove down and headed into the net.

Brighton stopper Robert Sanchez looked inches away from the ball and Ben White managed a touch but couldn’t quite keep it out, just the luck that the Red Devils needed on a scrappy night.

Ole Gunnar Solskjaer’s side have been much better in the second-half but Brighton will once again be devastated to have come away with nothing from a match they’ve played brilliantly in.